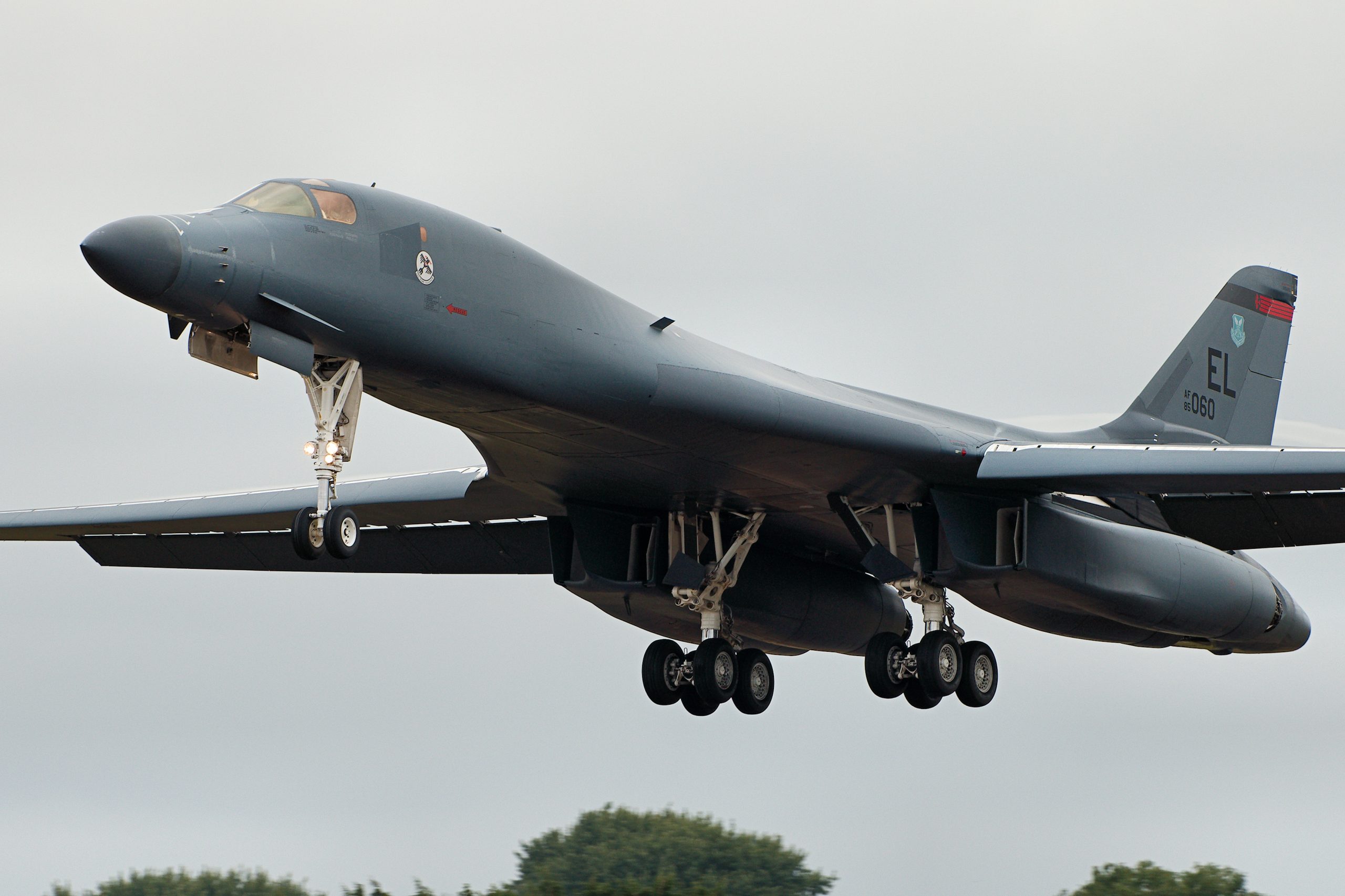 The U.S. Air Force has conducted a series of test with the B-1B Lancer bomber aimed at increasing the number of AGM-158 JASSM cruise missiles the plane can carry.  Following the successful tests the B-1B can carry up to 36 cruise missiles on its Sniper-XR surveillance pod.

Photos of the flight tests, which were conducted on the 419th Flight Test Squadron B-1B Lancer in the Test Wing of Edwards Air Force Base in California, have been published by the US Air Force.  The tests are an element of a program aimed at increasing the number of cruise missiles the bomber can carry using external pylons ; upto 6 mounting points  are available under its fuselage. However, currently only one has been used.

Originally these pylons were designed to carry the AGM-86B ALCM cruise missiles with nuclear warheads, over the last 30 years, they have not been used to carry weapons. Since 1994, the B-1B Lancer was delegated only to carry out conventional missions, and in 2007, in accordance to the Strategic Arms Reduction Treaty (START)  the plane was suitably modified to use Sniper containers.

The current tests were aimed at testing whether the external pylons could still be used to carry weapons, including the AGM-158A JASSM and AGM-158B JASSM-Extended Range (JASSM-ER]) and the AGM-158C Long Range Anti-Ship Missile (LRASM). In the future, the  B-1B  will mainly carry the AGM-158D JASSM-XR with an extremely extended range as well as hyperosonic missiles with conventional and nuclear warheads.

Subject to successful further tests, which will confirm whether the structure of the bomber can withstand the load of carrying and firing projectiles from the outer pylons, the plane’s capabilities will be restored on the “least worn out machines”.  The US Air Force will use this methodology until the B-21 Raider bombers are brought into service. By the end of 2021, 17 B-1B Lancer bombers will be withdrawn from service.

Earlier this year, on April 10, 2020, US Air Force General Timothy Ray disclosed, the B-1B Lancer supersonic strategic bomber can be equipped with 31 hypersonic missiles. According to sources, there are plans to equip the bomber with hypersonic weapons within its internal compartments as well as  on its external suspensions.

According to sources, the B-1B could also potentially be involved in hypersonic weapon tests.