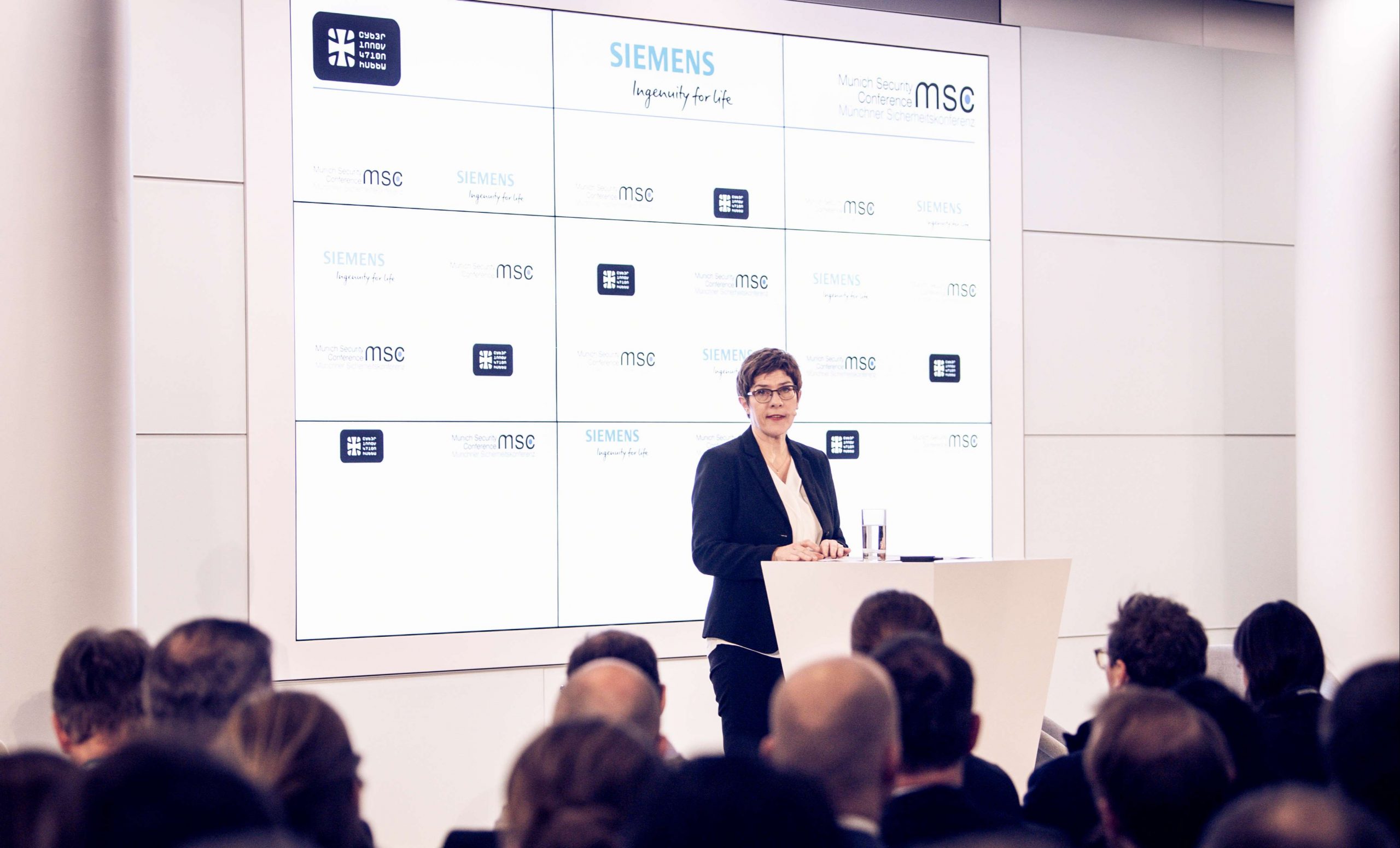 Following the lodging of a complaint by Turkey over a German frigate searching a Turkish freighter in the Mediterranean Sea, German defense minister Annegret Kramp-Karrenbauer promptly rejected Ankara’s complaints.

The incident led Turkey to summon diplomats Italian and German diplomats while asserting that the the search of the Libya-bound freighter Rosaline-A was an “illegal” operation conducted by personnel from the German frigate Hamburg.

Dismissing the complaints Annegret Kramp-Karrenbauer said, the German ship is part of a naval mission by the EU aimed at enforcing an arms embargo against Libya.

The order to board the ship came from Irini’s headquarters in Rome; Turkey objected to the operations while the team was on board following which the search was ended.

Turkey has maintained that the search was “unauthorized and conducted by force.”

Germany’s Defense Minister however backed the German crew’s actions to the hilt.

“It is important to me to make really clear that the Bundeswehr soldiers behaved completely correctly,” said Kramp-Karrenbauer.

“They did what is asked of them in the framework of the European Irini mandate,” while adding, “That there is this debate with the Turkish side points to one of the fundamental problems of this European mission”.

“But it is very important to me to say clearly here that there are no grounds for these accusations that are now being made against the soldiers.”

The development marked the second such incident between the naval forces of Turkey with those of a NATO ally enforcing an arms blockade against Libya.

Earlier in June, NATO launched an investigation following a French naval vessel in the Mediterranean saying that one of its frigates was “lit up” three times by the Turkish navy which targeted it when it tried to approach a Turkish civilian ship suspected of involvement in arms trafficking.

While Turkey supports a U.N.-backed government in Tripoli against rival forces based in the country’s east it has complained that the EU’s naval operation focuses its efforts on the Tripoli administration while turning a blind eye to weapons sent to rebels.

He went on to add, “It is not based on firm international legal foundations. The incident was against international laws and practices. It was wrong”.

In response, Peter Stano, the European Commission’s spokesman said, Irini had made “good faith efforts” to secure Turkey’s consent to the search and had given Turkey’s Foreign Ministry four hours notice in line with international maritime practice.

In fact, Irini had even extended that notice by an extra hour at the request of the Turkish Embassy in Rome, and having received no response, the order to board the vessel was given.

The “boarding team acted with the highest degree of professionalism and no incident was registered throughout the action,” said Stano.

Kramp-Karrenbauer also stated, “Turkey is still an important partner for us in NATO.”

If Turkey was removed from NATO it would further complicate the situation, she said. She however conceded, Turkey poses “a big challenge” given its domestic politics, which have their “own agenda, which is difficult to reconcile with European questions in particular.”