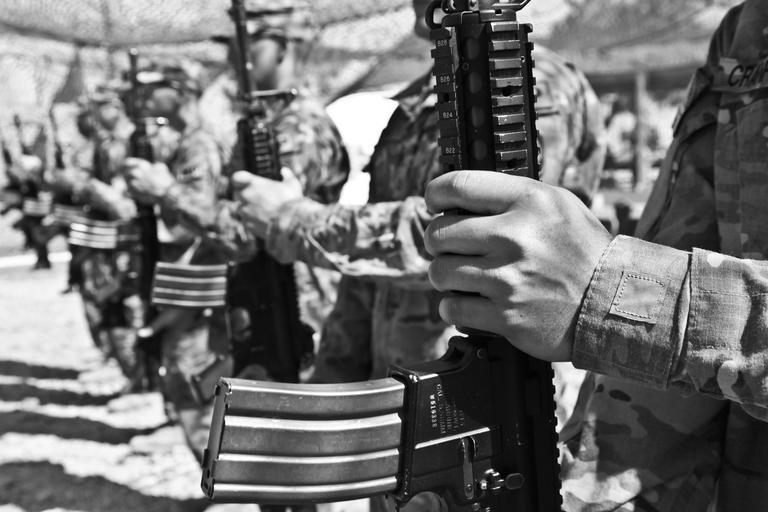 Following rapid technological improvements in the military industry, the theatre of war is no longer what it has been in recent decades. The development of new technologies, especially in the field of autonomous weapon systems, machine learning algorithms, and artificial intelligence the world’s biggest economies, including the United states, the European Union, Russia, India and China, are competing to overtake competitors in the global arena.

While a notable absence in this theatre was Britain, the country has now joined ranks with its peers as indicated by a statement from British Army Chief of Defense General Nick Carter.

In a report, the British newspaper ‘The Guardian’ stated in the coming years, Britain is set to introduce robot soldiers and unmanned aerial vehicles as an integral part of Her Majesty’s armed forces.

Tens of thousands of robot soldiers are set to replenish the constituent military units of the British Army; their induction will balance the reduction of conscripts in the army on the one hand and ensure the protection of human lives.

General Carter however made a very pertinent remark – “after all, the future of such robot soldiers is uncertain at the moment.”

A slow, steady and sure-footed reconstruction of nearly every unit of the British military is currently underway. These significant changes revolve around military experiments revolving around modernizing the air force and integrating their functionality into the daily tasks of soldiers. The pursuit of a high level of integration has been between the army and the air force has been in development since a long time for major military powers.

General Carter underscored the point that currently all of this is in the realm of speculation and should not be viewed as being reliable. This is understandable and customary given that high technology top secret military projects, are never shared openly on public forums.

There is no hiding the fact that major military powers are sinking in billions of dollars in autonomous technology, including swarms of kamikaze flying drones, autonomous submarines, fighter jets, and ships, constructing a radio telescope in the crater of the moon and deploying reconnaissance satellite satellites in low orbit around the earth.

Recent advances in advanced materials have led the U.S. Army to create an augmented reality goggles, which in autonomous mode provides a visualization of the entire battlefield for a soldier who is not even there at the moment.

“It’s a risk, and we need to be aware of it,” said General Carter in reference to “playing” with artificial intelligence technology which could see us humans lose control of the situation as depicted in a couple of movies.

With increased advances and adaption of artificial intelligence and the very realistic possibility of robotic soldiers in the coming decade, a war can be inadvertently started, without even there being a reason for it.