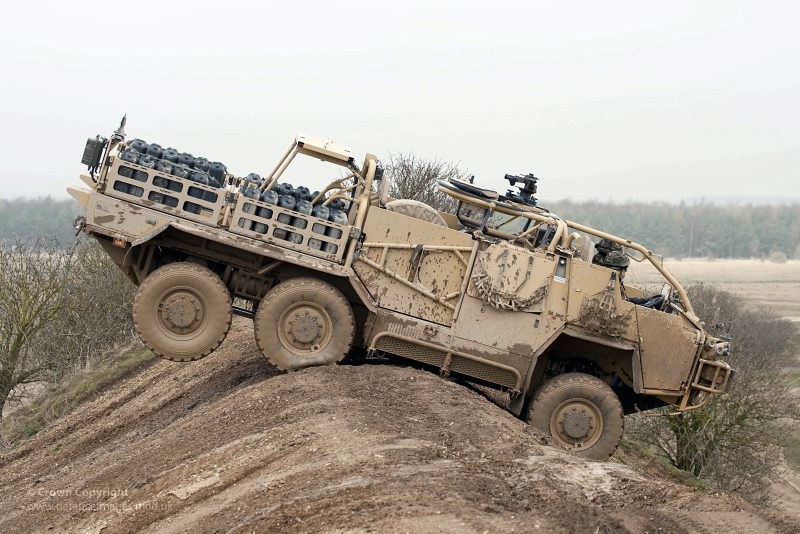 The UK Ministry of Defense is weighing an option to equip its Coyote Tactical Support Vehicles (TSV) with artillery cannons to further increase its firepower. According to sources, the new artillery gun for the Coyote TSV will most likely be the US 105mm M119 Hawkeye howitzer.

The current version of the Coyote TSV is equipped with light machine guns and anti-tank guns. The increase in firepower is a result of British experiences in warzones including in the US invasion of Iraq, and Afghanistan as well as in the war between Russia and Ukraine.

According to a source from Britain’s Ministry of Defense, British soldiers have felt the need for powerful artillery mounted on the Coyote TSV. While Britain’s has a 105mm artillery gun, the L118 light gun, however it is not suitable for the Coyote TSV, as it has a serious range issue. Also, despite its name “light gun”its weight is considerable.

According to British analysts, the most appropriate option would be the US 105mm M119 Hawkeye towed howitzer.

The M119 Hawkeye is a modular howitzer which can be equipped onto wide a variety of vehicles. The howitzer can use a wide range of munitions, including M1 high-explosive projectiles, M913 high-explosive missiles, and the M314 luminous star projectiles, which are in service in the United Kingdom. It has a range of around 14 km and can fire six artillery shells in a minute.

The M119 Hawkeye will undergo testing before being used by Britain, said a senior official from the British Ministry of Defense.

The results of the test will determine how quickly the British Army can increase the firepower of the Coyote TSV, as well as how long it will take for the new combat configuration to enter service.

The Coyote TSV is based on the British Jackal TSV also known as the Mobility Weapon-Mounted Installation Kit (MWMIK) in some circles.

In addition to anti-tank guns, Coyote TSV can be integrated with a 12.7 mm heavy machine gun, or Heckler & Koch GMG, as well as a 7.62 mm general-purpose machine gun. Coyote TSV can carry a payload of up to 3.8 tons.