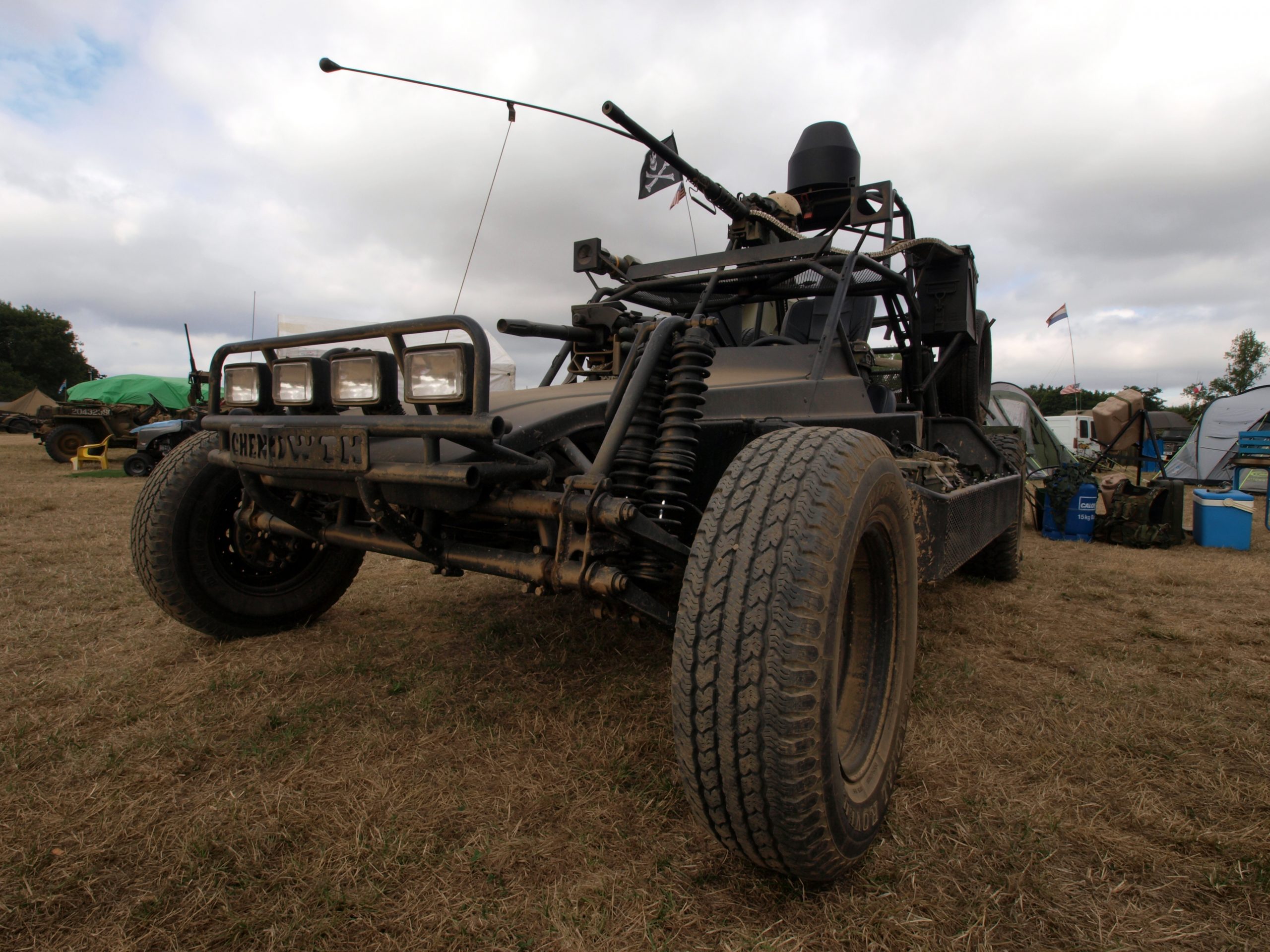 Over the past weeks, photos of buggy-type vehicles with roof-mounted anti-tank guided missiles (ATGM) being used by Ukrainian armed forces have emerged on social media. These off-road vehicles are typically equipped with two types of ATGMs – Stugna-P and RK-3 Corsar.

The reason why Ukrainian armed forces are using these sports vehicles is because of the difficult terrain. Wet rainy weather is creating mud which these vehicles can traverse with ease. They have sufficient horse power to be mobile and fast and can traverse a wide variety of terrain including forests, mountain, and muddy terrains. Another factor in their favor is their price, which is relatively cheap compared to armored military vehicle.

The Polaris Ranger buggy is typically used for farm work, hunting, or fishing, has now transformed itself into “infantry fighting vehicles”, although they don’t have carry any armour; in the rare instances where the armour is custom-designed, its very probable that they are not compliant to military standards.

Going by the photos of Polaris Rangers seen on Ukrainian battlefields, two types are used: a two-seater and three-seater. While the two seater is equipped with a 32HP motor, a 44HP motors powers the 3 seater.

One of the most common models is the Polaris MRZR-4.

Commonly seen on roof-mounted buggies are Stugna-P, RK-3 Corsar or 9M113 Konkurs. While the first two models are made in Ukraine, the third is Soviet-made.

Stugna-P ATGM, also known as Skiff, has been in service since 2011 in the Ukrainian army. This is the first time that they are being used in a real combat scenario. With a weight of 97kg, it can be equipped with missiles of two diameters – 130mm and 155mm.

Skiff’s operational range is different but averages about 5.5 km during the day. The guidance system is SACLOS laser beam riding with target tracking in TV or thermal imaging channels in manual or auto mode; in addition to buggies it can also be mounted on a tripod or weapon system or weapon turret.

The RK-3 Corsar, also a Ukrainian product, is a newer compared to the Stugna-P ATGM. Although it was built in 2005, it officially entered service in 2017 following years of testing and upgrades.

Weighing at 36 kg, it can fire 107mm missiles and has a range of 2.5km. It can use two types of warhead – RK-3K with a Tandem-charge HEAT and RK-3OF with HE-fragmentation. The rocket is powered by a solid-fuel rocket engine and the guidance is a laser. Regardless of how successful they have been in an actual combat scenario, one thing that has emerged from the Ukraine-Russia war is creativity in the use of existing weapons technologies: starting from Russian anti-drone armor on the tanks to anti-tank missile systems on buggies, the improvisation, renewal and integration of weapon systems are an eye opener.