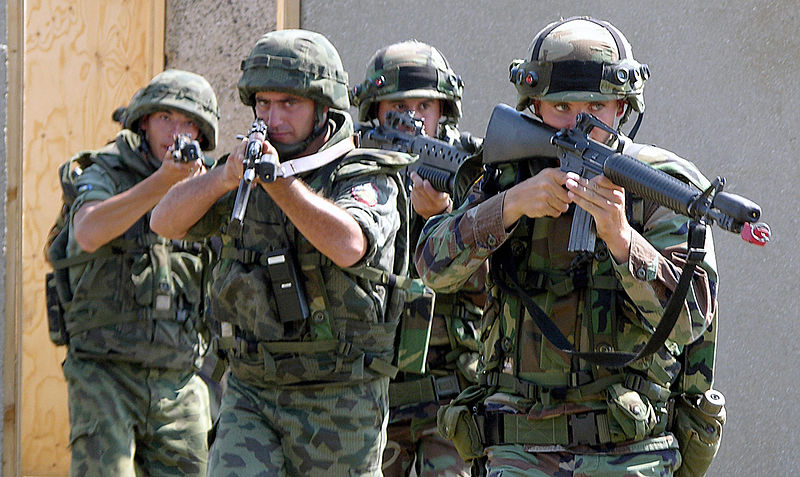 The tender around the modernization of the Bulgarian army, in dire need of an upgrade, is entering the political phase… The unusual characteristics of the request for proposals is an indication that defense minister Krasimir Karakachanov may already have made his decision, disregarding actual characteristics of future offers, in order to please US allies. A choice, if confirmed, which may result in bloodshed, officers fear.

Bulgaria has drawn the potential of its military equipment down to the last drop and can no longer delay upgrading operations if it wishes to maintain its operational readiness and its ability to defend itself. Ever since the end of the cold war, Sofia has largely relied on the Soviet-based military equipment it inherited.

Though large in numbers – Bulgaria had thousands of tanks, armored personnel carriers and howitzers in 1990 – their condition decreased steadily. This led to the drastic reduction of actually available numbers, making the large fleet in fact very weak. Moreover, the economic crisis which hit all countries in the former Eastern bloc prevented the reform of military forces for nearly 20 years.

However, Bulgaria has re-launched its economy and is currently carrying out the reform its armed forces needed for a long time. As reported  by defense specialist Jakub Palowski, “According to the assumptions of the aforementioned document, adopted and approved by the Bulgarian Council of Ministers, level of the GDP contribution of the defence expenditure is going to be maintained, and its value is going to be equal to the one present during the year 2014 (ca. 1.3% of the GDP). The situation is going to be virtually the same, until 2018. However, until 2024, the above-mentioned level is going to be gradually increased, should “beneficial conditions” occur.”