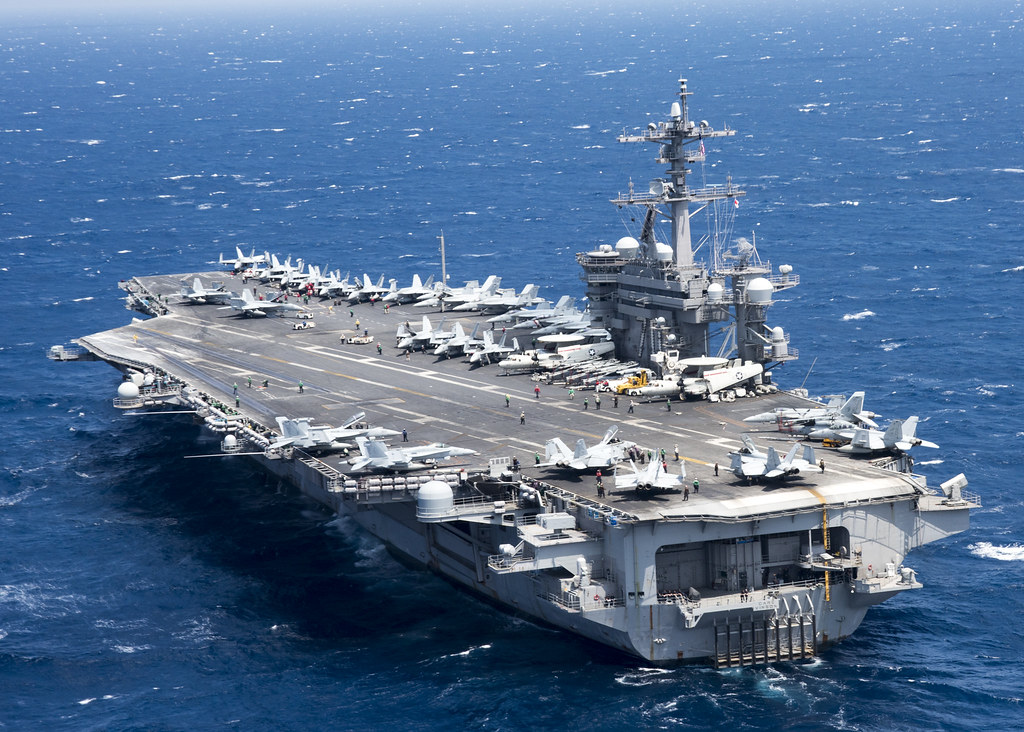 According to Open source intelligence (OSINT) sources, China’s Type-003 has been named Fujian. It was launched today, on June 17, 2022 in Shanghai, China.

Fujian’s launch comes 10 years after Beijing commissioned its first aircraft carrier. Fujian further expands and matures the capabilities of the Chinese Navy and marks a shift to a true blue-water navy.

Part of the dressing of the Fujian translates in English as “to build a strong and modern navy, and provide strong support for the realization of the Chinese dream of a strong military. To realize the party’s goal of strengthening the army in the new era, and build the people’s army into a world-class army in an all-round way“.

Incidentally, in China, the Navy (known as PLAN for People’s Liberation Army Navy) is part of the Army (PLA).

China’s Type-003 is comparable in size to the U.S. Navy’s Nimitz and Ford classes and its design is suspiciously similar in striking ways. China’s earlier aircraft carriers were built on Soviet technology.

While Type-001 Liáoníng (CV-16) is based on the former Kuznetsov class carrier, Varyag. The Russian, unfinished ship was sold to China as scrap in 1998, where it was completed and entered into service in 2012. China’s Type-002, Shandong (CV-17), was built locally and features many small improvements over Type 001, although in totality, it is more or less equivalent to Type 001.

The significant difference between Type 002 and 003 is the switch from ski jump to catapults. While the older carriers launched aircraft under their own power of a ramp at the front of the flight deck, the Type-003 has three catapults, much like U.S. Navy carriers.

Although China came late to the game of building aircraft carriers, Chinese designers were surprisingly quick to latch on and incorporate many of the latest technologies into the Type 003.

The U.S. Navy’s Ford class carrier, use Electromagnetic Aircraft Launch System (EMALS) rather than steam to catapult aircrafts, giving it some advantages since the system takes up less room and allows for a higher launch rate of aircraft.

With China operating the 2 aircraft carriers for around a decade, the PLA has developed training, procedures and infrastructure for its ships. In recent months, China’s Type 001, Liaoning, was operating in the open waters in the Western Pacific. According to Japanese defense officials, more over 100 Chinese aircraft have undertaken carrier launches indicating a growing naval confidence.

While it continues boost its naval power, China is also building infrastructure to support its carriers. It has begun expanding its naval bases at Sanya and Yulin on Hainan in the South China Sea, which now features a massive new dry dock big enough to build an aircraft carrier. It is also upgrading its sea ports nearby.

China’s Type-003 carrier is the best aircraft carrier in its service to date. It is epected to carry its stealth fighters, J-35 fighter, which yet again, look very similar to the US F-35C Lightning-II.

According to Andreas Rupprecht, an expert in defense matters who has also authored several books on China’s military, “It is the next major step in exploring new capabilities. And gaining a lot of experience over the next years. The PLAN is well aware that it has barely 10 years of operations. It is in no way comparable to the USN’s knowledge and understanding. But anyone who wants to walk, has to start with crawling, …and that’s what the Type 003 is for.“

While the US continues to have a massive lead in aircraft carrier capabilities, China is taking the second spot in terms of numbers and size. However, it is facing tough competition from the UK and France, with both countries reviving their pioneering capability. Incidentally, France is building an aircraft carrier in the same league as that of the Chinese ones.

According to defense analysts, China may follow through the Type 003 by building a nuclear powered aircraft carrier.