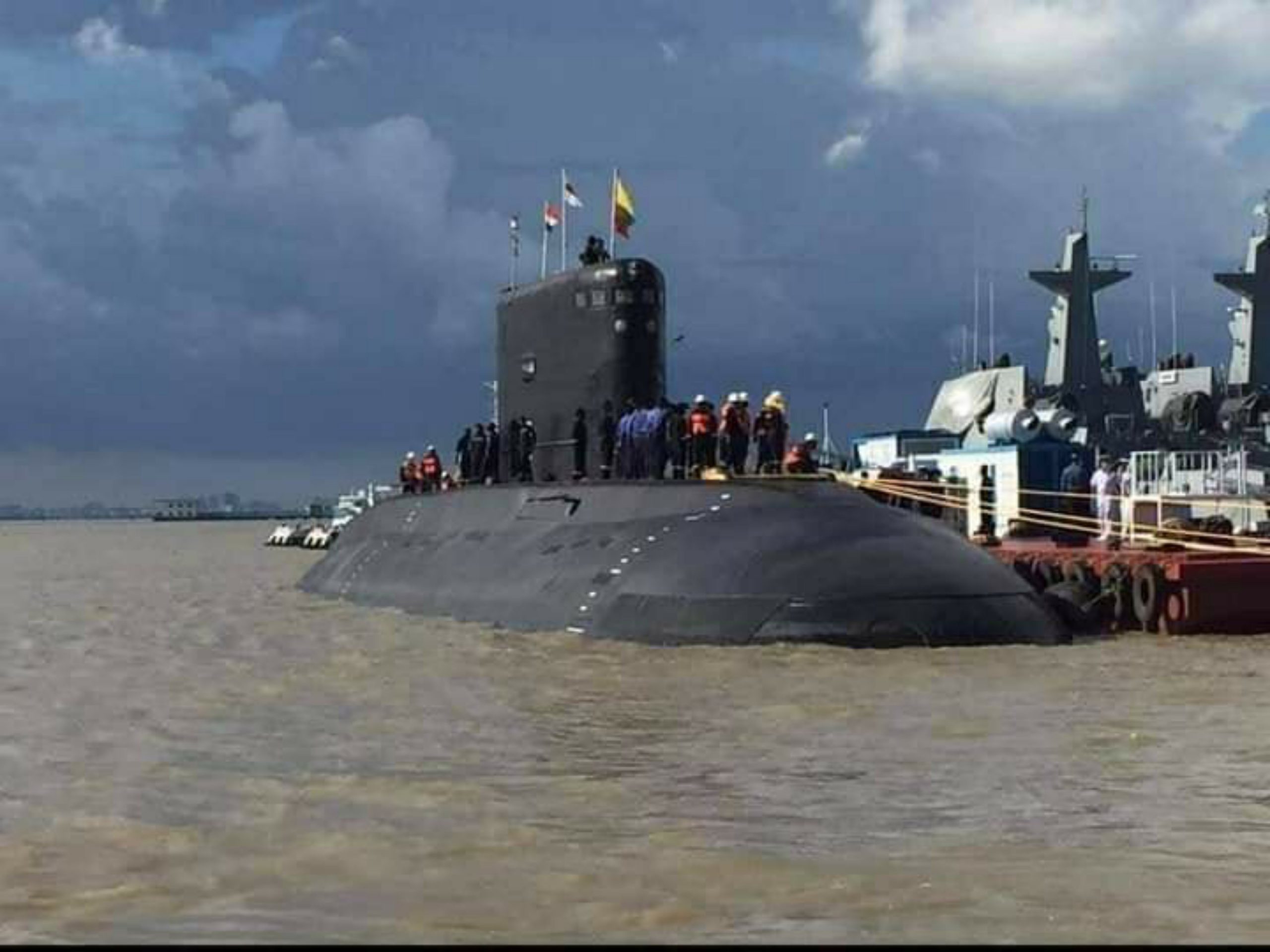 The deployment of submarines play an influential role in exercising influence and power in geopolitics. Along with its debt-trap framework, Belt and Road Initiative, Beijing is increasingly combining it with deployments of its naval power to influence change in the geopolitical landscape.

Its latest move to deploy a submarine in the Indian Ocean illustrates this well.

On December 20, a Chinese submarine entered the Malacca Strait headed towards the Indian Ocean, triggering speculation as to what would be its destination. The question was answered when it surfaced in the Yangon River, in Myanmar, on December 23.

On December 24, it was commissioned into the Myanmar Navy as UMS Minye Kyaw Htin.

Incidentally, this sale / transfer had not been announced in advance underscoring China’s growing influence in the region.

China is supplying at least 4 countries with submarines.

Unlike buying a car where one can select a model from a catalog of features and buy it, purchasing a submarine is more complicated since many aspects of the purchase has to be defined, including the location where it will be built, the degree of customization, the training of the crew, as well as ongoing maintenance; all of these are typically part of the deal. Further, there is also the geopolitical aspect, with typical government-to-government negotiations.

The deal becomes more complicated since the supply of submarines can create or reinforce alliances. At the very least, through the deal governments can expect favorable future relations. This is especially true if the submarine is provided as gratis – free of cost or at a significant discount. A typical way to do this would be to supply an older submarine from existing inventory resulting in a win-win deal for both parties; it also limits the risk in case the politics change in the future.

The sale/supply of the Chinese submarine to Myanmar is more than meets the eye.

Although for many years China has been Myanmar’s main defense supplier, this framework did not include submarines; India and Russia were Myanmar’s suppliers for submarines.

For around 2 decades, Myanmar has been trying to establish a submarine force. To this effect, on December 24, 2020, the Myanmar Navy commissioned its first submarine, the UMS Min Ye Theinkhathu. Incidentally, this submarine was transferred by India.

While India had transferred a Russian-built KILO class submarine, Beijing supplied a Type-035 Ming Class. The KILO is generally considered as being a more capable platform. Therefore the supply of an outdated submarine by China to Myanmar is not modernizing Myanmar’s naval capabilities, rather it is part of a bigger picture with Beijing presumably playing its card to bag follow-on orders for more modern boats and solidify its geopolitical position in the Bay of Bengal in the process.

China’s submarine diplomacy is not just about money but has more to do with getting its armed forces a foothold in the region and for strategic influence. There is also its debt trap framework which it calls the Belt and Road Initiative. A few countries, including Myanmar have bought China’s BRI rhetoric.

Both, BRI and the sales of submarines are a game to gain strategic positioning and strategic influence. Infrastructure development undertaken through BRI are being leveraged through shipyard projects.

In this particular case of sale/transfer of a submarine to Myanmar, it will be interesting to see the sales conditions and not just the price, especially the future restrictions it places on Myanmar.