Continental DefenceMilitary Affairs From a European Standpoint
Home Industry Tech Defense: is going all-tech the cure for all woes? 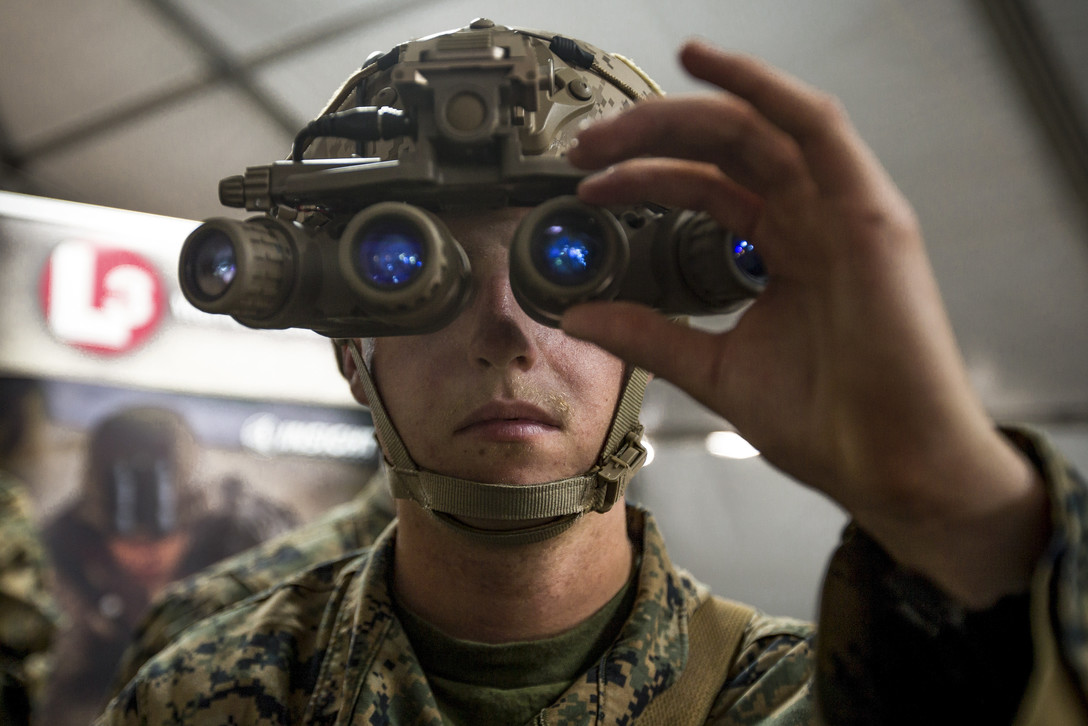 As the professionalization and downsizing of armies has shown since the 1980s, bigger does not necessarily mean better. As armies became staffed with increasingly trained soldiers and better equipment, it became apparent that technology could replace man in many situations, often for a fraction of the cost or yielding better results. The age of the drone has only just launched into existence.

For the past ten millennia, man has been working to develop systems and techniques which enable it to place its fights as far away from it as possible and build onto the initial fighting weapons: hands and feet. We now have vehicles which allow armies to move far more swiftly than Julius Caesar’s legions, kevlar jackets to thicken our skin, and satellite guided weapons to destroy a target on another continent. And as these inventions made our soldiers stronger, the number of recruits needed to ensure defense dwindled. But the temptation to go all tech would be a dangerous one: battlefield operations still need to be managed with judgment and intelligence, and thus require human intervention. Interviewed by military journalist James Vincent, historian Paul Scharre says: “It’s clear that the technology is leading us down a road where fully autonomous weapon systems are certainly possible, and in some simple environments, they’re possible today […] There are examples of success and failures in arms control going all the way back to ancient India, to 1500 BC. There is this age-old question of “Do we control technology, or does our technology control us?” And I don’t think there are easy answers to that. Ultimately, the challenge is not really autonomy or technology itself, but ourselves.” Even if all-tech defense systems were relevant (which they are not), their efficiency would quickly degrade: it would only be a matter of time before the enemy figured out the system and beat it. The right balance seems to be the following: increasing the technological capacity for range, lethality, reconnaissance, mobility, etc., but keeping the human at the core of the system.

The development of more sophisticated systems came with a string of problems, some of them metaphysical. At the height of the battle of Britain, pilots were sent airborne after just a few days of rudimentary training, and many never made it back from their first mission. However, new ones could be re-trained quickly, and building a new plain was merely a question of ramping up production rhythms. By the time the Vietnam war came around, things had changed significantly. While building new planes was hardly a problem for America’s industrial might, the time necessary to train a pilot for 3rd-generation planes turned out to be considerably less compressible. Things have gotten even worse now, with 5-generation fighter planes reaching new levels of complexity, bringing officials to seek new ways of doing things. Military journalist Oriana Pawlyk writes: “Air Force officials say they want to move away from the service’s old-fashioned, “industrial” approach to training — having pilots sit in classrooms for weeks then moving on to a trainer. This means using virtual reality earlier and more frequently in the training pipeline.” Drone systems bring a solution to this problem: while a drone, airborne or land-based, may be destroyed, the remote pilot remains substantially safer, meaning that any country with sufficient industrial capacities could maintain its military potential throughout conflicts. In the end, military systems serve the same purpose as always: not keeping the machine safe but keeping the soldier alive.

As armies further mechanize, opportunities are emerging for high-tech armament groups who find markets for their new systems. As Europe’s armies have professionalized, headquarters are seeking the equipment which will empower the hardened core of their troops. French military industrial group Nexter developed the VBCI for modern battlefields, which guarantees high mobility, boosted firepower and IED- and ballistic protection to the troops within. This vehicle has passed the test of fire in both Mali and Afghanistan, contributing to keeping the number of casualties to a residual low. Janes reports: “Nexter Systems stressed to Jane’s IDEX Show Daily that its VBCI was combat proven having seen action in Afghanistan, Mali, Central African Republic and Lebanon (with the UN). In Mali, the VBCI showed its strategic mobility by being deployed over a distance of 2,500km under its own power and without the assistance of heavy equipment transporters.” Germany’s Rheinmetall, also, is thriving thanks to its maintained command of armor technology. The Herald correspondent writes: “In July 2019, BAE Systems and Rheinmetall announced the launch of their new combat vehicles joint venture called Rheinmetall BAE Systems Land. Originally, the combined company will design and manufacture vehicles mainly for the UK, including the British Army’s new Military Infantry Vehicle (MIV) Boxer, and aims to participate in a Challenger tank upgrade competition. This will also help them to provide better vehicles to the military vehicle market.” Countries which purchase equipment from these two firms have a guarantee to maintain their capacity for defense and give their soldiers a heightened ratio of power over protection.

Only accessible to large bodies

The price of these modern systems is such that only large countries, or even alliances, can resort to them in a relevant way. The United States set aside (its military budget alone exceeds that of all European countries combined), few areas in the world can even consider the idea of building their defense capacities on this hybrid man- and machine- configuration. Due to transatlantic tensions, the relevance of NATO is being called into question, even by historical key players, as the colossus reveals its clay feet. On the other hand, Europe is slowly but surely integrating its defense potentials, and building an alliance from the ground up may be the way to succeed where decades of political wishful think has failed. As France and Germany sell the same types of equipment to countries all around them, European countries may well form an alliance while barely noticing it. Recent strengthening of ties between Germany and France are a further indication that the leaders of Europe are taking the lead on ensuring European defense.

While remaining at somewhat more modest levels than the unbeatable American production, Europe is playing on level field, namely on the technological aspect of military equipment. Despite smaller volumes, and thanks to French and German military technology, a Leopard 2 tank is well worth an Abrams, and a French mechanized infantryman will easily match an American marine. Be it on traditional segments, such as armor and mobility, or new-born markets like combat and reconnaissance drones, Europe is finding the right balance between the Planet of the Apes and the Rise of the machines.