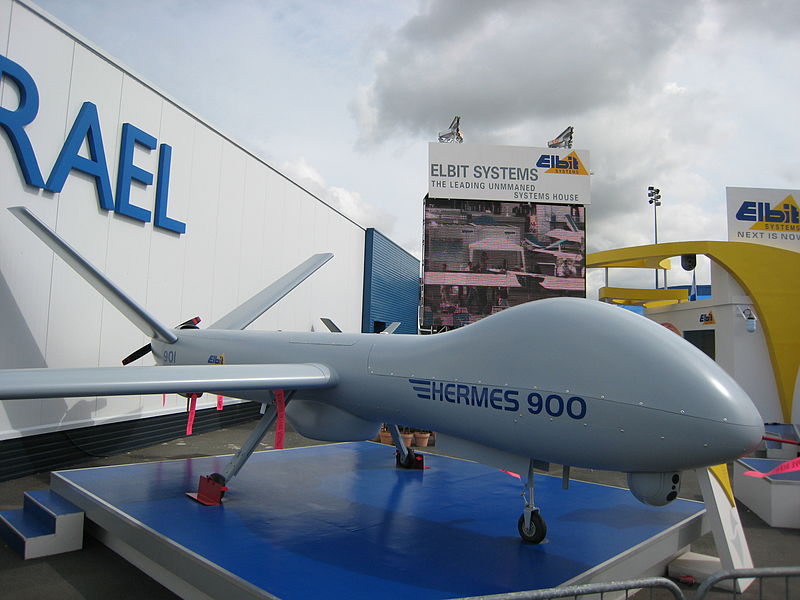 Elbit System’s HERMES 900 Unmanned Aerial Vehicle (UAV) has completed a series of flight demonstrations for the UK’s Maritime and Coastguard Agency (MCA). The successful completion of flight demonstrations mark’s the UAV’s capabilities of not only Search and Rescue (SAR) operations but also for long-range unmanned capabilities in the civilian airspace.

The HERMES 900 took off from the West Coast of Wales this September and was able to fly advanced Beyond Line of Sight (BLOS) missions into uncontrolled and unsegregated airspace.

The success of these trials marks the checking-off of enhanced capabilities of the MCA in its drive towards improving the efficiency and effectiveness of its SAR operations while at the same time minimizing the risk to MCA personnel.

Elbit Systems UK works closely with the UK Civil Aviation Authority (CAA) and is supported by other UK companies, including Aviation Systems Group and Inzpire.

During the flight demonstration tests, the HERMES 900 was loaded with an Automatic Identification System (AIS), a SAR specific radar, an EO/IR payload, and an Emergency Position-Indicating Radio Beacon (EPIRB); it was also capable of full satellite communications capability.

Featuring a wing span of 15m, and weighing at 1.2 ton, the HERMES 900 has already been deployed with more than a dozen customers across the globe.

With the HERMES 900, Elbit System offers enhanced life-saving capabilities thanks to features which include various maritime patrol configuration, detection of inflated life-rafts, identifying and saving lives of survivors at sea.

Incidentally, Elbit disclosed that it had sold such a configuration to a customer in South-East Asia.