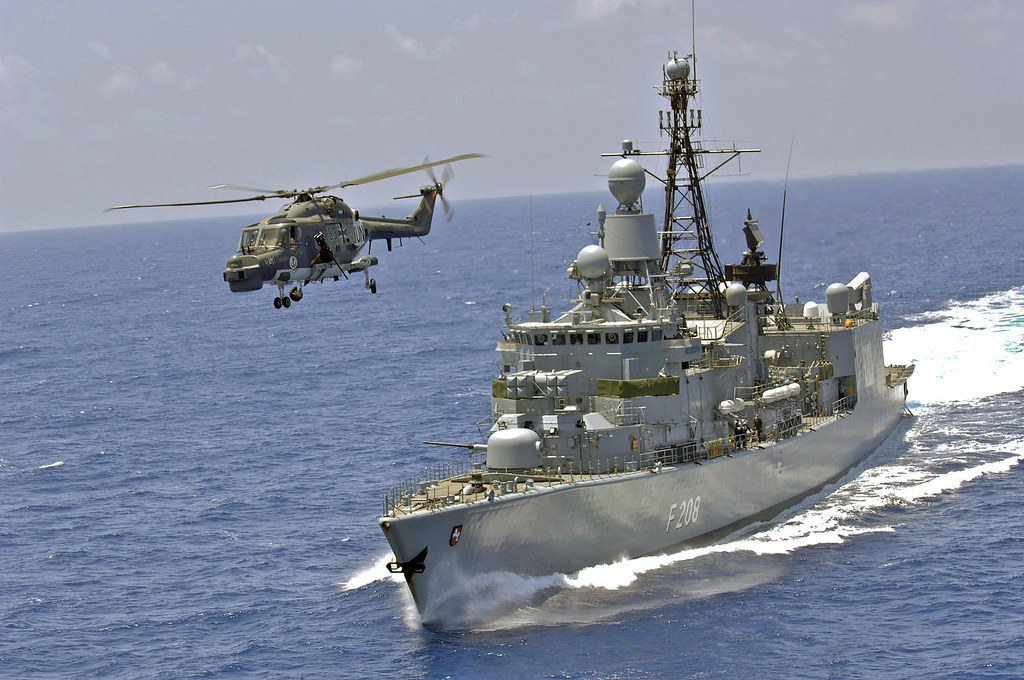 In a development that marks the beginning of a new era for the UK’s Royal Navy, its new Carrier Strike Group assembled for the first time with aircraft carrier HMS Queen Elizabeth being central to the group, in the start of a joint carrier operations between the Navy and its NATO allies.

The development marks, the assembling of the largest and most powerful European-led maritime force in nearly two decades.

The new armada, consisting of 9 ships, 3,000 personnel from the UK, US and the Netherlands, 11 helicopters and 15 fighter jets, are carrying out exercises in the North Sea.

In a statement the Commander UK Carrier Strike Group, Commodore Steve Moorhouse said, “The new UK Carrier Strike Group is the embodiment of British maritime power, and sits at the heart of a modernized and emboldened Royal Navy. Protected by a ring of advanced destroyers, frigates, helicopters and submarines, and equipped with fifth generation fighters, HMS Queen Elizabeth is able to strike from the sea at a time and place of our choosing; and with our NATO allies at our side, we will be ready to fight and win in the most demanding circumstances. Carrier Strike offers Britain choice and flexibility on the global stage; it reassures our friends and allies and presents a powerful deterrent to would-be adversaries.”

These ships will not only protect the Queen Elizabeth-class aircraft carrier from enemy submarines, ships, missiles and aircraft but are also capable of conducting a range of supporting missions, ranging from maritime security to disaster relief.

The armada is being supplied with fuel, spares, ammunition and food by two Royal Fleet Auxiliary ships, RFA Fort Victoria and RFA Tideforce, to help them carry out sustained operations in the sea without requiring the support of a host nation.

“Providing air and missile defense to a Carrier Strike Group is exactly the task HMS Defender and the Type 45 has been designed to do. Having previously supported the French aircraft carrier FGS Charles de Gaulle in the fight against ISIL in 2015 and more recently been part of the USS Abraham Lincoln task group as she transited through the Strait of Hormuz last year, it is exciting to be integrating HMS Defender into the UK-led Carrier Strike Group for the first time. Having just successfully completed a period of Basic Operational Sea Training over the summer, the men and women that make up my ship’s company are motivated and ready to take part in the next stage of our training in preparation for deploying with the Carrier Strike Group next year,” said Commander Vince Owen, the Commanding Officer of HMS Defender.

HMS Queen Elizabeth and her Strike Group are currently exercising alongside allied nations in the North Sea, as part of NATO’s largest annual exercise, Joint Warrior.

“The Royal Netherlands Navy and the Royal Navy have been very close maritime partners for decades. Our marines have been working together through the UK-Netherlands Amphibious Force for almost fifty years and our ships regularly undertake Fleet Operational Sea Training in the UK. However, the opportunity to accompany HMS Queen Elizabeth is a new experience and HNLMS Evertsen is excited to be working with the UK Carrier Strike Group during Exercise Joint Warrior this October,” said Cdr Rick Ongering, the Commanding Officer of HNLMS Evertsen.