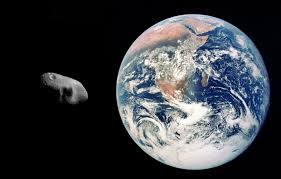 In a statement, the European space agency (ESA) said, it has signed an agreement with NASA for $154 million (129 million euros) to jointly make a spacecraft that, ultimately, is capable of deflecting the trajectory of an asteroid headed for earth. The immediate aim of the collaboration though is to find ways to deflect such an incident.

On June 2021, NASA is scheduled to launch a spacecraft and will set it for a collision course with the Dimorphos asteroid to test theories whether it is possible to deflect objects from their trajectory onto a path that does is different from its collision trajectory with the earth.

In October 2024, the ESA is set to launch its spacecraft, named Hera after the Greek goddess of marriage, to map the resulting impact crater and measure the asteroid’s mass, reaching the area in late 2026 for a six-month survey.

The mission is reminiscent of the Hollywood 1998 movie Armageddon, wherein Bruce Willis plays the lead in a team sent to destroy an asteroid that is on a collision course with our planet.

“We want to try for the first time to steer an asteroid on its potential collision course with Earth,” said Rolf Densing ESA’s director.

With a diameter of 160 meters, Dimorphos is about the size of the Great Pyramid of Giza. According to the ESA, if Dimorphos were to hit our planet, it would destroy an entire entire city.

The spacecraft, named Hera, will about around the size of a desk. It will navigate autonomously around Dimorphos and collect data. It will also launch multiple mini satellites, with a length of 10 cm, which will be able to fly closer to the asteroid.

The chief executive of German space and technology group OHB, Marco Fuchs said, it will develop the Hera spaceship and described efforts to divert an asteroid akin to “playing billiards”. He also noted the significant challenges facing the effort to steer such a small craft into a moving object.

“You have to steer very precisely, you have to find it first and then approach it in such a way that you can really observe what has happened as a result of the impact of the American probe,” said Fuchs.