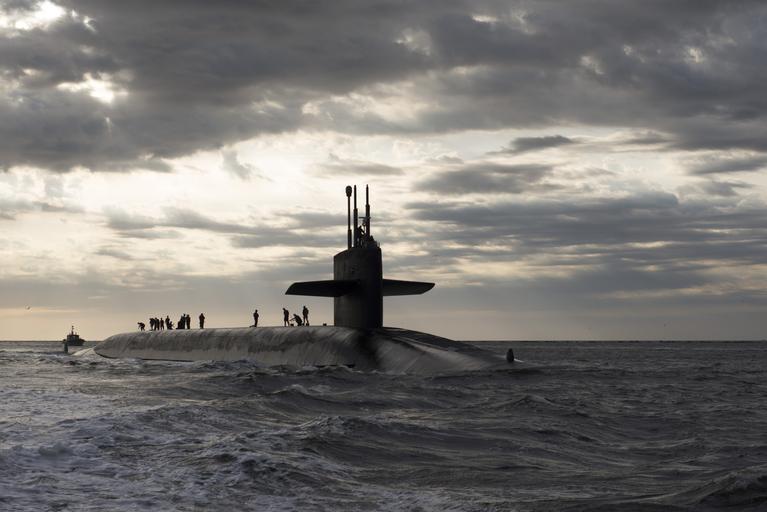 Earlier in February this year, France’s Defense Minister Florence Parly announced the launch of a full-scale development of the SNLE 3G program which calls for the construction of the country’s third-generation nuclear-powered ballistic-missile submarines (SSBNs).

The launch event took place at the French General Directorate of Armaments (DGA) hydrodynamics test center which is located in Val-de-Reuil, Normandy.

France’s 2019-2025 Military Plan Law calls for the replacement of the four Le Triomphant-class SSBNs with four third generation SSBNs (SNLE 3G) starting from 2035, so as to ensure equitable at-sea deterrence capability with a minimum of one nuclear submarine at sea at all times.

The French armed forces along with the DGA is responsible for the management for the overall project.

The SNLE 3G program is a framework under which the French Armed Forces collaborates with the industry for the development, logistics, industrialization, and production of the four nuclear submarines.

The Naval Group is the prime contractor for the overall manufacture of the submarines, in joint venture with TechnicAtome, which is responsible for the construction of the nuclear boilers.

The first contract, which is slated to be signed later this year, covers the development studies upto the end of 2025, and includes, the making of the boiler room of the first SNLE 3G, realization of the first elements of the hull, as well as the adaptation of the industrial manufacturing means of Naval Group for this program.

“I am therefore very pleased to announce today the launch of the 3rd generation nuclear-powered ballistic missile submarine program. These four submarines, whose remarkable performance will guarantee the operational credibility of the oceanic component of our deterrent over the long term. They will replace the current SSBNs in their mission, without interruption. Today, what we are launching in concrete terms are design studies and general industrialization, procurement and manufacturing of the most critical parts, as well as the consistent sizing of our industrial facilities,” said Parly.

In a speech, Parly said “the third generation SSBN will be slightly longer and heavier compared to the Le Triomphant-class SSBN.,it will hear better and defend itself better, it will be quieter: it will not be noisier than a shoal of shrimp, which is absolutely exceptional. It will be able to blend in perfectly with the ambient sounds of the sea, which is a guarantee of operational superiority.”

She went up to add, “The SNLE 3G program represents the work of many lives. After the Le Redoutable of the years 1965 to 1980, after the Le Triomphant of the years 1995, which will still sail until 2050, it is a program that fully embodies the “long time” of our defense: the first third-generation SSBN will be delivered in 2035, followed by one submarine every 5 years. And these will sail until 2090. In other words, the last sailors who will patrol on board the third generation SSBNs are not born yet.”

Italy aims to buy around 700 new armored vehicles by 2023