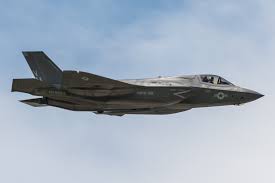 In a development that essentially marks the USAF indirectly admitting that the fifth generation F-35 stealth fighter plane has failed, Lockheed Martin said, the production of the fighter planes is becoming more expensive than previously envisaged. As a stop gap solution the Pentagon has included an option to replace the F-35s that were scheduled for replenishment in the US Army with the latest version of the F-16.

On February 17, 2021, the Commander of the USAF Charles Brown told reporters that 4.5 generation fighters planes could potentially replace the F-35s that are planned for production and commissioning, with the reasons being not technical but rather financial.

The Pentagon and Lockheed Martin have some time in hand to hammer down the cost of the stealth fifth generation fighters, with the U.S. military setting a deadline of 2025 for it, despite skepticism whether Lockheed Martin can significantly slash the hourly costs from $44,000 to $25,000, said Garrett Reim.

Given the economics of the proposal, it would not be surprising if the Pentagon opts for the latest version of the F-16 rather than the F-35; already it has increased its investment in the F-15EX, which should replace the F-15C.

Russia’s S-400 missile system is increasing its market footprint and could influence strategic decisions for the F-35.

“I think if you fast forward to the next decade, the low-end fight in the future is very much a high-end fight. So, if you look at the proliferation, for example, of S-300 or S-400, or other aspects of things today, it’s going to be even more so in the future,” said Brown.

The Russian S-400 missile system is currently in service in Russia, China, Turkey and Belarus.  India has ordered and paid for the Russian air defense system, delivery is expected in the coming months.

Moscow advertises the S-400 as a solution to the F-35 “problem”, said Russian arms conglomerate Rosoboronexport with regard to the missile system’s capability to react and intercept against a stealth fighter within a radius of 150 km.

Brown believes that the capabilities of Russia’s air defense systems, including the S-500, could influence decisions regarding the production, upgradation and delivery of the U.S. F-35.

According to Lockheed Martin, they will be able to trim the cost of the stealth fighter.

Ulmer said, he believes that the stealth fighter is in a strong position for further cost reductions while emphasizing that the F-35 is not just a fighter, but a system within a system, much akin with a sports car that has more support than other vehicles.

Another factor which is likely to bring down production costs is high order numbers. So far, the United States has planned to acquire 1,763 F-35 fighters. A reduction in the order numbers is likely to add to costs.