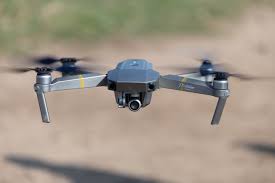 According to a report from the Belgian newspaper Army Recognitions, the French army is boosting its flotilla of microdrones and has announced a new order for 50 microdrones from Novadem.

In 2018, the French army started its equipping its units with microdrones and today their numbers in operations have jumped significantly.  After taking into the new order for the microdrones, the French army would have nearly 150 of them, as per the report’s estimate.

Towards the end of 2020, the French Ministry of Defense had ordered for 50 NX70 microdrones from Novadem, for a total sum of 6 million Euros, said sources. This amount includes the cost of spare parts, equipment, as well as a certain maintenance period.

According to the Belgian edition, the French army expects deliveries in two stages with the first batch expected by the end of April 2021 and the second by the end of summer this year.

The NX70 is a microdrone is developed by Novadem, a French company. This model is equipped with an optical night vision system as well as a thermal camera.  The difference between the old models and the NX70 is that it has a thermal camera with almost double its resolution.

The latest order of the French army has an interesting requirement – that Novadem deliver half of the new microdrones with a thermal camera with a resolution of 640 px.

French forces uses the NX70 in various missions including surveillance, military missions and reconnaissance. The French army’s intelligence and field reconnaissance units also use the NX70 during combat operations.

The NX70 is capable of transmitting data in real-time. Its usage is very flexible: it can be used stationary, put into the flight and operated by soldiers on the battlefield or mounted on an armored vehicle.

Interestingly, while many companies, including military ones, where significantly impacted by the coronavirus-induced COVID-19 pandemic, Novadem managed to weather the storm and has instead reported an increase in revenues and profits.

It also expects to post a profit in the current fiscal year. Part of its profit guideline comes  the fact it is a participant in the LynkEU project, which is aimed beefing up the defense industry in the Eurozone.

Novadem is expanding its operations has announced that it is starting to recruit more personnel, including engineers and business associates.

It plans on expanding the production area in its plant to 1000m².