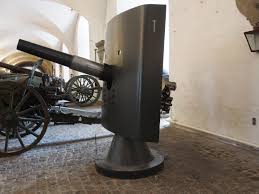 In a statement, the DGA, France’s defense procurement agency announced, future French navy ships will be able to protect themselves from drone swarm attacks thanks to the RAPIDFire – a very short range weapon system developed by a Thales and Nexter consortium.

RAPIDFire is a medium-caliber, cased, 40mm gun developed by CTAI, which was designed and developed to respond to emerging threats from low flying, stealthy, drone swarm attacks which can easily saturate conventional missile defenses. The gun has a range of 4 kilometers (2.5 miles).

Its operator can control the unmanned turret through an optronic fire-control system. RAPIDFire’s threat analysis is shared with the ship’s combat management system, and the gunner can tweak the strategy proposed by the smart gun. RAPIDFire can use five different types of ammunition and it can automatically select which to choose depending on its threat perception.

In a joint statement Nexter and Thales stated, “the system is compatible with the full range of ammunitions developed for land forces programs and is predisposed to the use of future ammunition as the smart Anti Aerial Airburst (A3B) round” for use against UAVs for example.

Incidentally, the gun has surface-to-air and surface-to-surface capabilities, which means RAPIDFire can be used on a common turret for ground and naval systems. The system could also be used on land vehicles as well, in the future.

While the program continues to be in the Work-In-Progress phase, the DGA has already done firing tests with it and has selected it to be equipped on future surface vessels.

Its first delivery is scheduled for 2022.