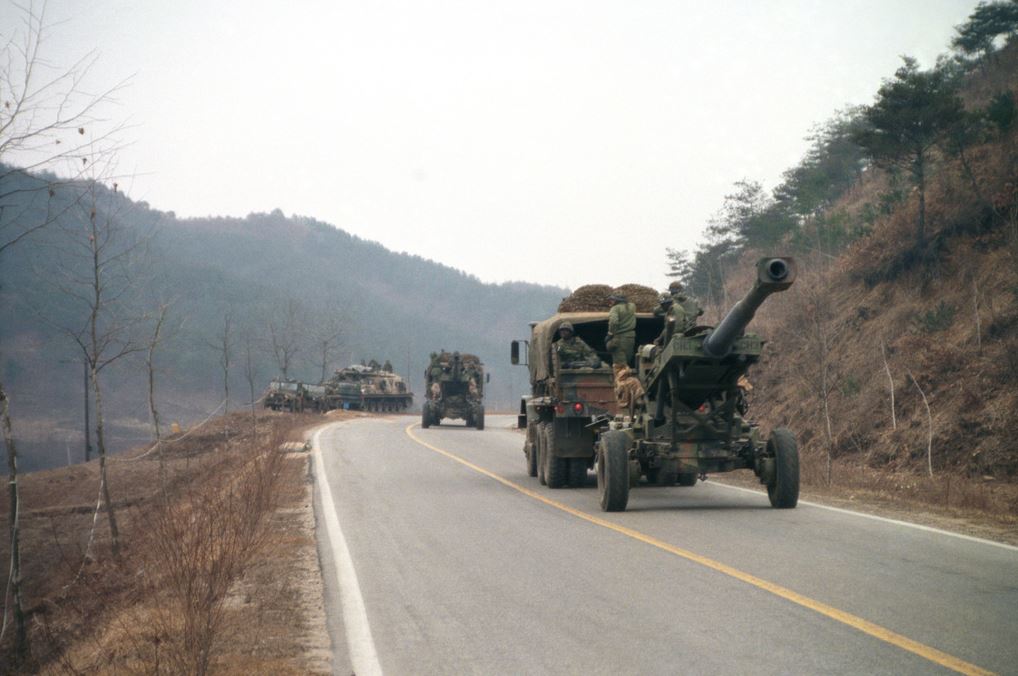 The use of howitzers, especially in mountainous areas, needs an objective relook. A howitzer with state-of-the-art technology is utterly useless if it suffers breakdown, and lacks mobility and operational availability. In the light of the Afghanistan experience, wheeled self-propelled howitzers are gaining increasing acceptance worldwide.

Ever since its inception, artillery has walked a tightrope between sophistication and ruggedness. Sophistication provides additional capacities at the expense of reliability and numbers, as howitzers tend to breakdown more often due to their complexity.  Hefty price of modernised machines reduces the number of howitzers which can be bought with any given budget. Ruggedness relies on the gamble that, despite a few gimmicks being unavailable, the increased number of howitzers which can be purchased and operated, and their increased reliability, will nonetheless help tip the scale in favour of victory.

Artillery answers the eternal riddle of warfare: how can we shoot, without being shot back at? Increased ranges are an answer commonly provided by advances in ballistic technology, as is the shoot-and-scoot doctrine, which relies on sending a salvo and immediately relocating to dodge any counter-fire. However, modern ballistic radars can now quickly and accurately pinpoint the origin of artillery shells.If there is any place where artillery can show its worth (or lack thereof), it is obviously a mountainous terrain. The mountains of Afghanistan highlight the capacities of artillery, as much as they expose them

The age-long challenge of properly balancing a weapons system is not specific to artillery; many other branches are confronted with it. Indeed, numerous modern battleships have experienced terrible launches because their excessive complexity led them to breaking down constantly and paradoxically reducing their operational capacities.

It would be a strategic mistake to leave the lessons learned in Afghanistan. The graveyard of Empires is not the only country to have this specific tactical setting.  The entire strategy of Switzerland relies on the relevant use of its mountainous landscape. With ultra-mobile artillery, the Swiss are able to unnerve any invading force beyond its resilience capacity and use their mountains to preserve their troops and potential. It is, therefore, not surprising that the Swiss army is under command of General René Wellinger, an artillery specialist.

Howitzers are commonly used as indirect fire: the shell does not take a straight line between the tube and the target but takes a carefully calculated bell-shaped path before it lands on the target from above. This helps artillery units conceal their location even better, since they can shoot from one valley or hillside into the other, with no possible line of sight between them and their enemy. They, therefore, enjoy additional protection and are entirely shielded from direct line-of-sight weapons, such as rockets.

However, there is a downside, and it’s big. What artillery packs in firepower, it lacks traditionally in mobility. Artillery systems are large, bulky, and heavy systems. A large proportion of them are armoured and tracked to increase their survivability on the battlefield, in case they fall into a close-quarter situation which would put them at a disadvantage. This additional protection comes at the cost of mobility, and tenfold in the case of mountainous terrain. In other words, the armoured shell designed to protect an artillery unit on a battlefield may well be its Achilles’ heel in mountains, as it will prevent the unit from relocating quickly enough to dodge enemy fire.What howitzers truly need in terms of design and capacity: mobility, ruggedness, and simplicity? Only technologies which are tried and tested should be considered into the design

Finally, and this applies to plains as well as mountains, the temptation can be great for armament designers to overstretch the available technologies or field immature ones, especially in developed countries with large military budgets. The desire for armament firms to bag as big a share of these military budgets as possible, will sometimes lead them to add all sorts of bells and whistles, gimmicks, and gadgets, to their platforms – both in the name of craftsmanship and out of economic interest. This inevitably leads to two major strategic dead-ends. The first is the mechanical reduction of the number of units which can be purchased. Even large military budgets are not infinite: the more expensive the howitzer, the fewer an army can buy. This was illustrated by the famous Tiger-Sherman match, where simple and effective Sherman tanks built in huge numbers eventually beat the immensely superior Tiger tank which could only be produced in small numbers, due to its excessive complexity and cost.

The second problem is reliability: more sub-systems mean more potential breakdowns. A howitzer with state-of-the-art sophistication is utterly useless to the soldiers within or the commander in charge if it breaks down. Naturally, no one is saying that technology should not be gradually incremented into artillery systems. But going too fast and aiming too high will lead the program to stall, and will create an operational hindrance, instead of providing a tactical edge.