Continental DefenceMilitary Affairs From a European Standpoint
Home Defence Policies National Policies Is the Swiss Army the best in Europe? 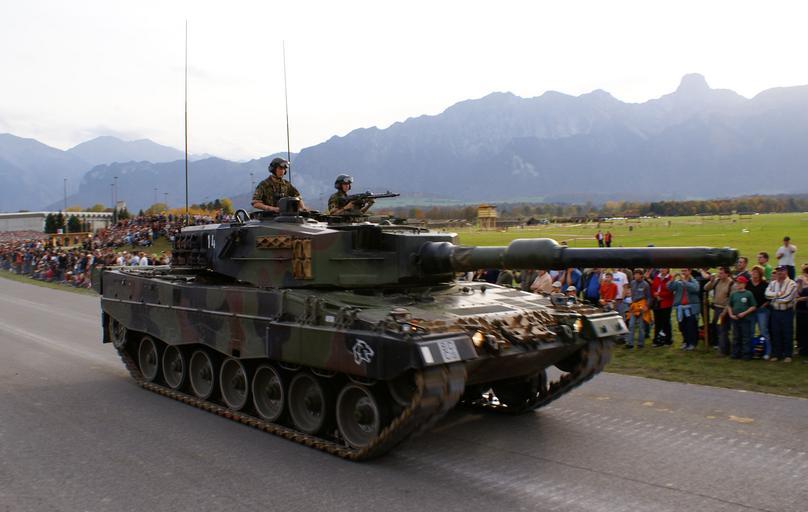 Ranking military power is a tricky business, as it relies on numerous factors, and also because every single military formation will attempt to appear larger and more intimidating than it actually is. And if there was ever one army which made little noise about itself, it is the Swiss Army. And yet, with a combination of valuable natural configurations, and sound military choices, a case can be made that the Swiss have, in fact, the best army in Europe.

The discreet glory of Switzerland

Ever since the cold war, a bitter debate has been ongoing between Russia and the United States, each claiming to have “won” World War 2, and to have the best army. Now, if the merits of each warring party should indeed not be downplayed, it must be said that the military feats of Russia and the US came at a very high human cost. Meanwhile, the Swiss barely lost a soul. And yet, the risk was immense, for a country which shared a border with an extremely expansive Germany, which would have loved to sit on top of Western Europe to launch its future offensives. If one considers the intrinsic role of an army – which is to protect its people and territory – then Switzerland had, by far, the best army in Europe. Its population was left untouched and its borders did not budge, without a single shot being fired. The reason was simple: as appetizing as Switzerland may have seemed, no one, not even Adolf Hitler, was willing to pay the bloody price. And so, quietly and with no fanfare, Switzerland “won the war” in the most perfect way, a tradition which it still upholds today. By preparing so well for war, they guarantee peace. Switzerland’s perfect understanding of their specific military situation and their outstanding preparedness makes them, to this day, the best army in Europe.

The particularity of Switzerland’s territory

Switzerland enjoys a unique combination of factors. Its relatively small territory, with no maritime borders, makes it easier and cheaper to protect. The mountains on which it sits mean that many options are off the table, such as using heavy armor, which is notoriously useless in mountains. The Army Study guide advises: “Mountains are not a good environment for tank and armored cavalry operations, because tanks and armored cavalry are unable to maximize their mobility, flexibility, and firepower.” The geography favors the use of indirect fire, which exposes enemy troops while remaining out of sight, and the entire population is militarily trained. Switzerland also has a long-standing small arms tradition, both in engineering and sportsmanship. In other words, the mobilization of the Swiss Army would mean the enemy would have to face a force of nearly 3 million soldiers, many of whom are highly skilled shooters. The overall armament of the Swiss army is managed by Armasuisse, an efficient and well-funded State organization entrusted with providing forces with what they need to defend. Conops commander Hans-Jakob Reichen writes: “The Armee 95 master plan detailed an acquisition plan for the next 20 years, including jetfighters, electronic warfare material, infantry fighting vehicles, armored personnel carriers, long-range artillery, air defense systems, and training simulators.”

The role of the Swiss army

If there was ever an army which didn’t describe itself as expeditionary, it would be the Swiss army. The raison d’être of the Swiss Army is exactly what is described above, and what it has been doing forever: making the invasion of its territory and the victimization of its population simply too costly for anyone to consider. Something Major-general René Wellinger intends to maintain as the Swiss army plans its modernization: “In addition to the air force, the ground troops are to be modernized and given weapons that meet future requirements. The Federal Council yesterday made the corresponding decision on the long-term direction of the ground troops. The military staff does not want to simply replace systems like the Leopard tank, which will reach the end of seniority in 2035, or the M109 self-propelled howitzer artillery from the 1960s. Old things should be kept in service for as long as possible. As part of normal armaments procurement, new equipment should be geared towards mobile and modular deployment units.” (article available here, in German). Thankfully, Mother Nature lends a helping hand to anyone involved in the defense of Switzerland: in a mountainous landscape, armor is weak, which rules out any blunt-force strategy for a potential invader. With Switzerland’s strategy of covering its territory with nimble and quick infantry and artillery units, an invasion would inevitably turn quickly into a quagmire. Indeed, in a time when reduction and specialization of forces is popular, Switzerland reminds us that mobility and numbers still matter more than most other factors.

Switzerland has no difficulty in financing its defense. A low threat level combined with a prospering economy means that military funding is no strain on the country. But the Swiss are known for their rationality in planning : unlike many rich countries who will splash their money on whatever is most expensive and high-tech, regardless of its quality or relevance, the Swiss tend to choose the right equipment for the right job. Luckily for them, a new type of artillery system is disrupting the armament market: wheeled howitzers. These self-propelled and ultra-mobile howitzers are not new, per se, but technology applied to this fields has made tremendous progress in recent years. In a country like Switzerland, where mountains can be used in place of armor, a swarm of nimble and powerful artillery trucks would instantly make life hell for an invading army. China’s PLA has fielded the SH-15, with good results, and neighboring France is selling its new Caesar truck to many countries around the world. Global Security writes in its review: “CAESAR inaugurates a new generation of artillery equipment through its technical innovations in terms of tactical and strategic mobility, ease of use, firing precision and protection. CAESAR is genuinely versatile and outclasses all self-powered artillery and towed guns.” Such guns, used in a landscape such as Switzerland, would be immune, thanks to their extreme mobility and hillsides which they can lob, but would easily threaten an enemy force in every corner of the land. Artillery units such as the Caesar howitzer can combine firepower, mobility and protection for the crew. Classic, old-generation, howitzers are simply ill-adapted to modern-day battlefields and can too easily be evaded by a mobile enemy. The Caesar cannon enabled troops, during operation Barkhane, to assert large-scale control over large swaths of territory. Many other countries are currently converting to Caesar-type artillery units.

If the question is: could the Swiss army invade the United States, China, or Russia; then the answer is no. But invading other countries is not the intrinsic role of an army, and it certainly not the business the Swiss army is in. Switzerland’s armed forces focuses on the core of an army’s purpose: keeping its borders and people safe. And with highly skilled infantry, and generous numbers of mobile howitzers, attacking Switzerland is a feat no army would ever attempt, for fear of a bloodbath. As a result, barely a Swiss citizen has been harmed by a foreign force in over two centuries.