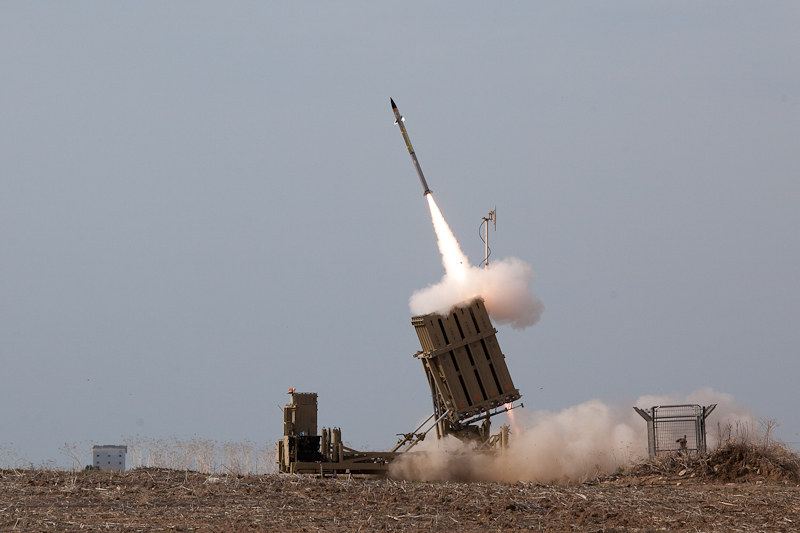 According to sources on the field, rocket fires continue to be heard in the Gaza Strip and Jerusalem.

The Israeli Air Force has launched a multiple sorties and is in the process of carrying out airstrikes in Gaza. According to sources in the field, Israeli Defense Forces have eliminated Mohammad Yazuri, the director of Hamas military intelligence, Basem Issa, head of the Gaza Strip, and Rafa’a Salameh, chief of the Khan Yunis district. Earlier today, the Israeli army and Shin Bet also eliminated Hassan Kaugi, the head of Hamas’s military intelligence security department, along with his deputy Wail Issa.

Despite the Israeli retaliation, field sources say, Palestinians continue to fire rockets at Tel Aviv, Ashkelon, and Modiin. Many of these rockets will fail to meet their targets as the IDF has activated the Iron Dome anti-aircraft defense systems. Sources could visually see rockets being launched and missiles from the Iron Dome intercepting and destroying them.

Reactions from the Bidden Administration

U.S. House Speaker Nancy Pelosi was quick to condemn the rocket attacks on Israel and defended Israel’s right to defend itself.

“Every civilian death is a tragedy that we mourn. Hamas’ accelerating violence only risks killing more civilians, including innocent Palestinians,” said Pelosi while adding, “Let us all pray that the situation is resolved immediately and peacefully”.

Reports from some international media state that efforts are being made to bring the clashes to an end with the assistance of the United Nations and Egypt. Israel has rejected the first offer of a ceasefire offered by the two. Both mediators are continuing in their endeavor to end this conflict.

Islamic jihadis at the receiving end

Sorties by the Israeli military has achieved part of their goals through airstrikes.

According to sources, Sameh Fahim Al-Mamluk, a commander of the al-Quds terrorist brigade along with a score of fighters were killed in the Israeli counter-attacks. Iyad Fati Faik Sharir of the Hamas movement has also been killed, said sources.

“Israeli forces attacked a hiding place in which senior members of the Palestinian Islamic Jihad’s rocket apparatus were staying,” said the Israeli military and the Shin Bet without mentioning casualties.

The Al-Quds Brigade has informed that it plans on avenging the killings, a sign that its terrorist activities could escalate.

“Our martyrs, commanders Sameh Fahim Al-Mamlouk, Kamal Tayseer Qureiqa, and Muhammad Yahya Abu Al-Ata, bled, and we affirm that the response to their assassination will be harsh,” said a spokesperson for the Al-Quds Brigades.

According to field sources, along with fighter planes, Israel has also deployed tanks and the IDF is hitting 130 targets in the Gaza Strip.