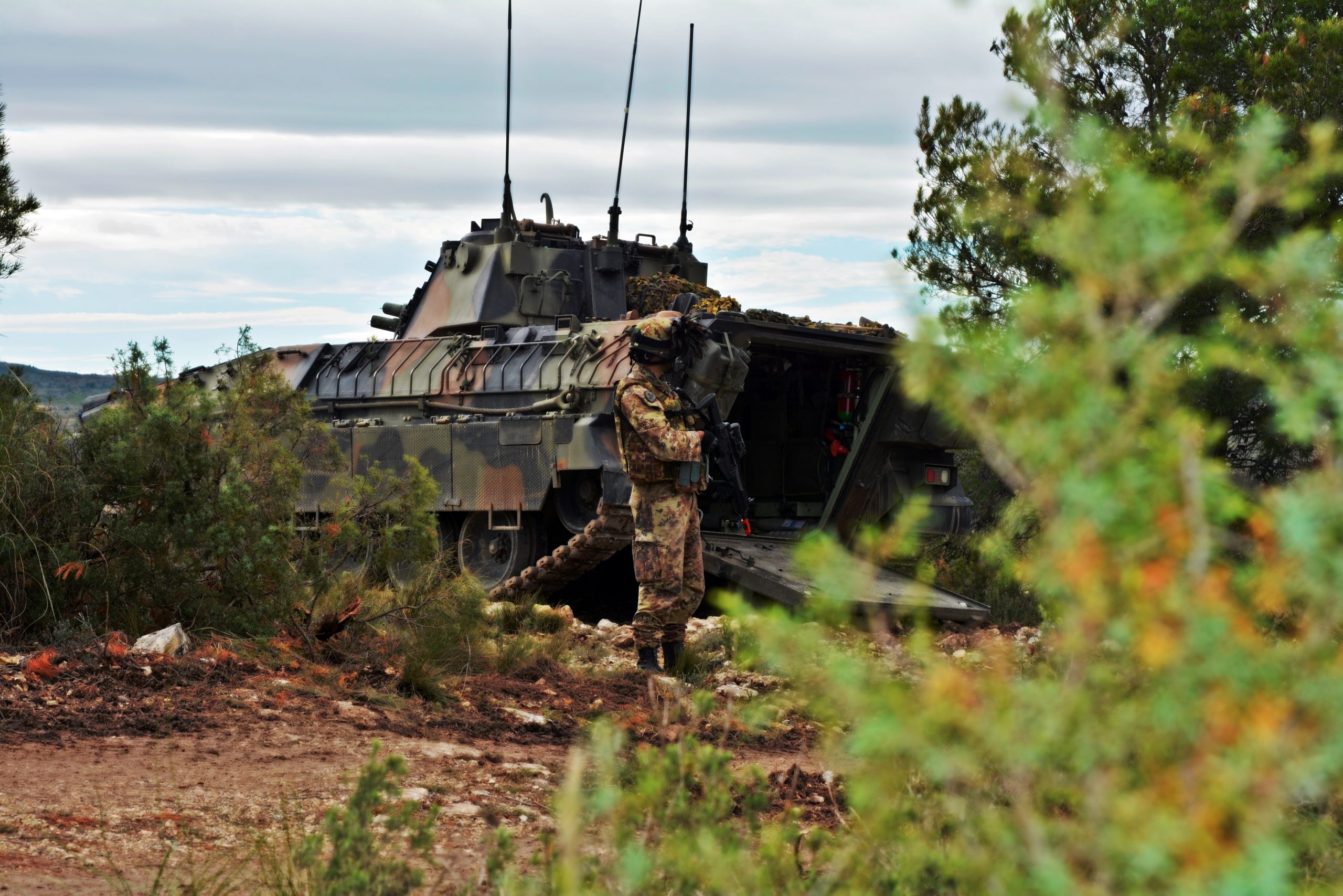 Italy is preparing to spend 6 billion euros to buy around 700 new armored vehicles, according to sources.

The Italian Ministry of Defense wants to find a replacement for its Dardo infantry fighting vehicles and Ariete tanks by 2023. According to sources, they have no knowledge on the timeline of delivery for these machines.

While there is a whole lot of uncertainty on the capabilities of the combat vehicle which will succeed the OBT Ariete, a recent graphic rendering of a new BMP which has appeared in the public domain has fueled speculation that this aimed at the Italian army and is likely to be the promising combat vehicle being developed under project AICS; incidentally it has distinct similarities with the Dardo BMP, at least from the outside.

The Italian military wants their latest BMP to have a wide range of functions, compared to its predecessors – it wants it to be a platform for self-propelled mortar, have anti-aircraft artillery, mine trawling, reconnaissance, and infantry support capabilities; it also wants it to play a role of being a mobile command post.

At this juncture, it is worth noting that Italy began to develop and manufacture its Ariete tanks and Dardo infantry fighting vehicles in the 1980s, which went into serial production only in the early 2000s, with production volumes being lower than planned. Case in point, the planned production of the Dardo BMP was for 500 cars but only 200 were produced. However, the plan to produce 200 Ariete tanks was fully implemented.

It would appear that the Italian Ministry of Defense wants to implement a much larger program in a much shorter period, and at the same time slash the fleet of its tracked armored vehicles.