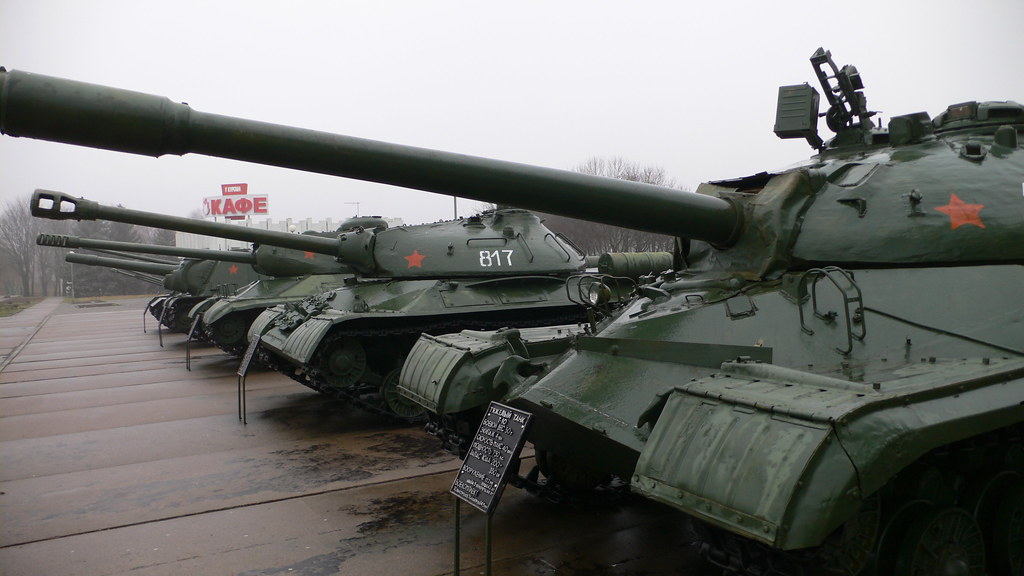 Russia’s 1st Guards Tank Army is undergoing training and combat coordination in the Western Military District. This was stated by Russian Brigadier General Alexey Gromov, Deputy Chief of the General Staff, in a statement. He went on to add, these exercises included units from the Belarusian tank division along with Russians counterparts.

According to a UK intelligence statement, the 1st Guards Tank Army (GTA) is considered the elite of Russian tank forces. Its primary mission is to defend Russia’s capital, Moscow, and to conduct counterattacks with NATO units.

According to sources, the 1st GTA carried out the deep penetration of Russian tanks during the February March period, near the Ukrainian capital Kyiv, after which there was a withdrawal and restructuring back to Belarus.

However, the Russian media’s definition of “withdrawal” is not very precise. According to reports the Ukrainian armed forces defeated these tank brigades at the start of the war after receiving rapid deliveries of man-portable anti-tank missile systems.
Although Russia tries to avoid reminding its citizens of the defeat, Russian tank brigades have failed miserably in their assault on Kyiv. With the loss of Russian land vehicles and tank destruction exceeding Russia’s planned losses, Moscow was forced to deploy the 4th Guards Tank Division (GTD) along with two regiments of the 2nd Guards Motorized Rifle Division to the front around Kharkiv.

Tank graveyard
While the Russian tanks had it easy during the artillery war, Ukraine’s counteroffensive which began on September 6, saw Russia deploying its 4th Guards Tank Division (GTD) to reinforced 4th Tank Brigade.

The Ukrainian tank brigade is said to have destroyed around half of Russia’s 4th GTD. The Russian defeat was made all the more painful by upgraded Ukrainian tanks that replaced obsolete Soviet T-72 and T-64 models.

According to unconfirmed sources, the Russian armed forces lost at least 90 T-80U tanks in this battle. This is according to photographic evidence of intact and abandoned Russian tanks.

The amassment of Russian tanks of the 1st GTA’s exercises in Belarus, as well as their movement along the axis towards the Ukrainian border, takes place at a time when Russian President Vladimir Putin is visiting Belarus and meeting with his colleague Alexander Lukashenko.

According to political analysts, Putin is attempting to drag Ukraine and Belarus into war. Officially, Belarus has only assisted the Russian army by allowing it to deploy weapons systems on Belarusian territory.

Russian pressure on Belarus
While there has been no indication of an increased Russian presence in Belarus, Ukrainian intelligence continues to monitor the movement of Russian armed forces in Belarus.

According to Ukrainian intelligence, Moscow is preparing to send 20,000 conscripts to Belarus in preparation for another invasion, this time targeting Ukraine’s capital.

“Last week, one battalion set of tanks each was moved to the Obuz-Lesnovsky and Losvido training grounds,” said Brigadier General Gromov. He went on to add, in addition to ground equipment, Russia is also sending aircraft, mostly MiGs, capable of launching precision air-to-ground missiles.

Point of interest: around a week ago, Belarus had announced that its army’s combat capability is being tested. The last time Lukashenko had made such an remark was a few days before the Russian invasion of Ukraine.
According to field sources, Russia and Belarus have signed an agreement on military cooperation and collective defence. The specifics of the agreements have not been disclosed.

Kyiv is obviously concerned that Moscow could be preparing another invasion in light of recent events.

In a statement, Kremlin’s spokesman Dmitry Peskov has dismissed reports that Belarus could become directly involved in the war, saying such reports were “absolutely stupid, baseless fabrications.”

Interestingly, In January, Peskov had repeating these exact words when the United States had issued warnings that Russia would attack Ukraine.