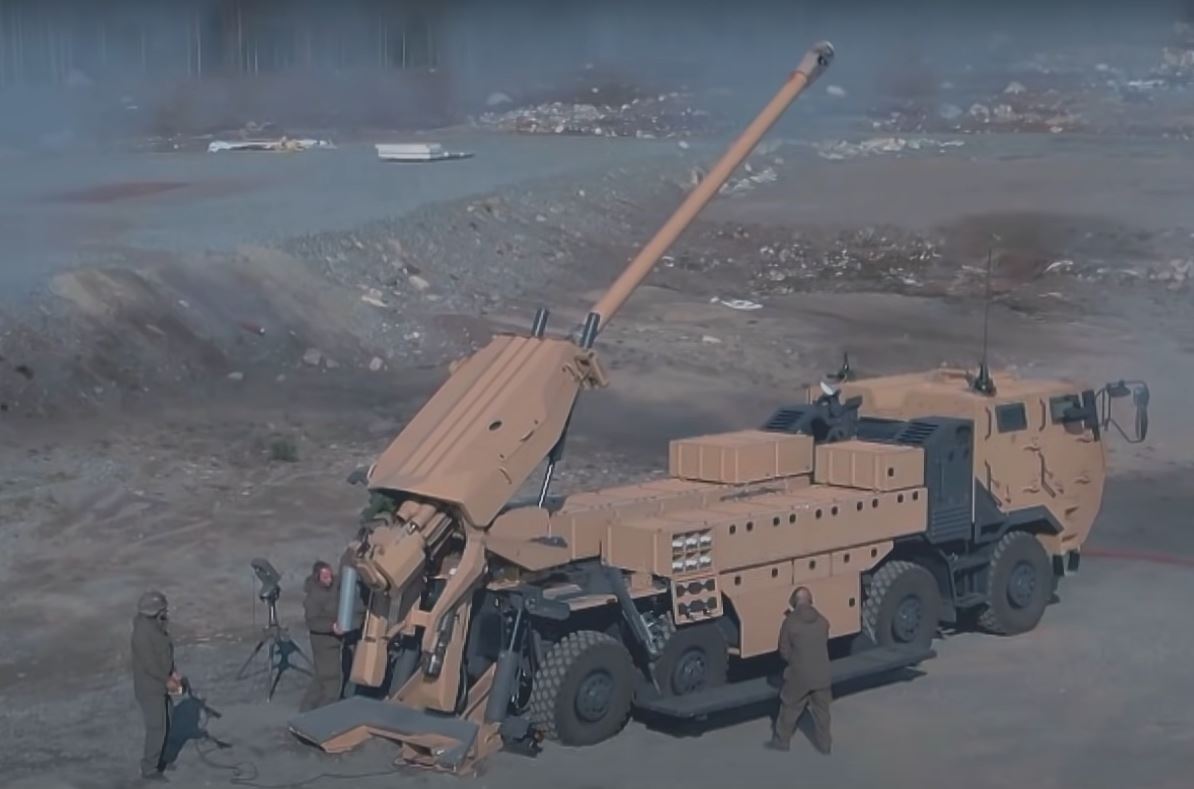 The CAESAR 8×8 155mm self-propelled howitzer is one of the proposals for the Mobile Fires Platform (MFP) program of the British army. With the MFP program, the British Ministry of Defense would like to refresh the artillery capabilities of its land forces.

The UK is currently working towards approval of an outline business case for the program in the first quarter of 2022, with an eye towards a full operating capability of 116 guns in 2032. Initial operating capability for MFP is aimed at 18 guns in early 2029. The British MoD has already reviewed and analyzed responses to a request for information from the industry and has conducted an analysis of potential investment options.

Currently, the British army operates the AS90, a 155mm tracked self-propelled howitzer which was first introduced into service in the early 1990s. Initially, the British Army operated 179 systems, however by 2017, this had been reduced to 110, reflecting a lack of significant upgrades to the UK’s AS-90s. The system is currently scheduled to be retired in 2030.

With the CAESAR 8×8, the French company Nexter would like to offer one of the most modern artillery systems which is already in service with France, Indonesia, Lebanon, Saudi Arabia, and Thailand and that will enter also in service with Denmark, Morocco, and the Czech Republic.