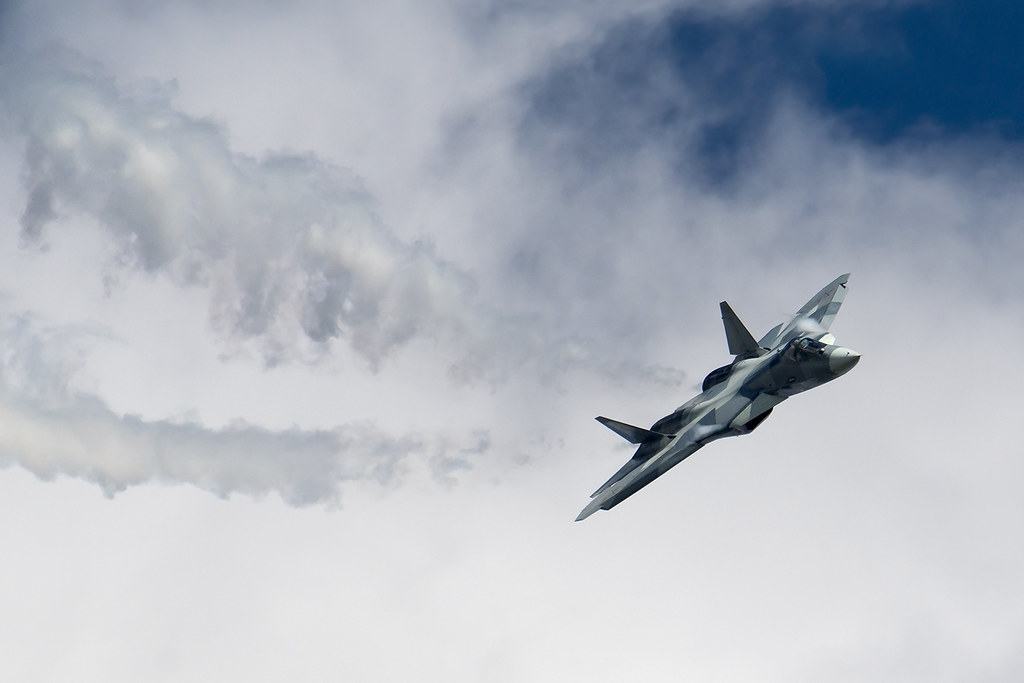 According to a report from Defense24, the Russian Air Force has deployed its fifth-generation Su-57 fighter planes in the war with Ukraine. Polish analysts opine that Moscow has armed the Su-57 with Kh-59 missiles, which have been in service for decades and are compatible with these fifth-generation fighters despite their legacy design.

Russia used Su-57 fighter jets to attack targets in the Kirovograd region as well as in Odessa on April 8.

Few days earlier, on April 4, 2022, photographic evidence was published on Telegram channels showing a Kh-59M missile fitted onto a Su-57. The missile was launched by the fighter plane and was captured on CCTV as it was traveling to its target area.

The Su-57s involved in the attack came from an airbase located near Mykolaiv, Ukraine. It is an experimental center located in Akhtubinsk, a city around 100 kilometers east of Volgograd.

This is likely to mean that the Russian Air Force is using the war to test the capabilities of its war birds. In this sense, these Su-57 continues to be a prototype. The Kh-59 air-to-ground missiles, which were developed during the Soviet era, were designed to attack ships. They are classified as anti-ship missiles.

The Kh-59 were first equipped into fighter planes in the Syrian Arab Republic in February 2018.

According to the Russian Ministry of Defense, their deployment was related to the 100th anniversary of the Red Workers ‘and Peasants’ Army.

The cruise missile was developed by the Rainbow Engineering Bureau in the late 1970s and 1980s. Powered by solid fuel and, depending on the option, it allows you to hit a target at a distance of up to 300 kilometers; it can touch speeds of around 1000 kmph.

The Kh-59 has several variant and come with different guidance systems – laser or TV-guided.

Weighing at 900kg, it can be fitted with a warhead of around 300kg.

The missile system is used by countries which have a close connect with Russia, including China, Algeria and Venezuela.