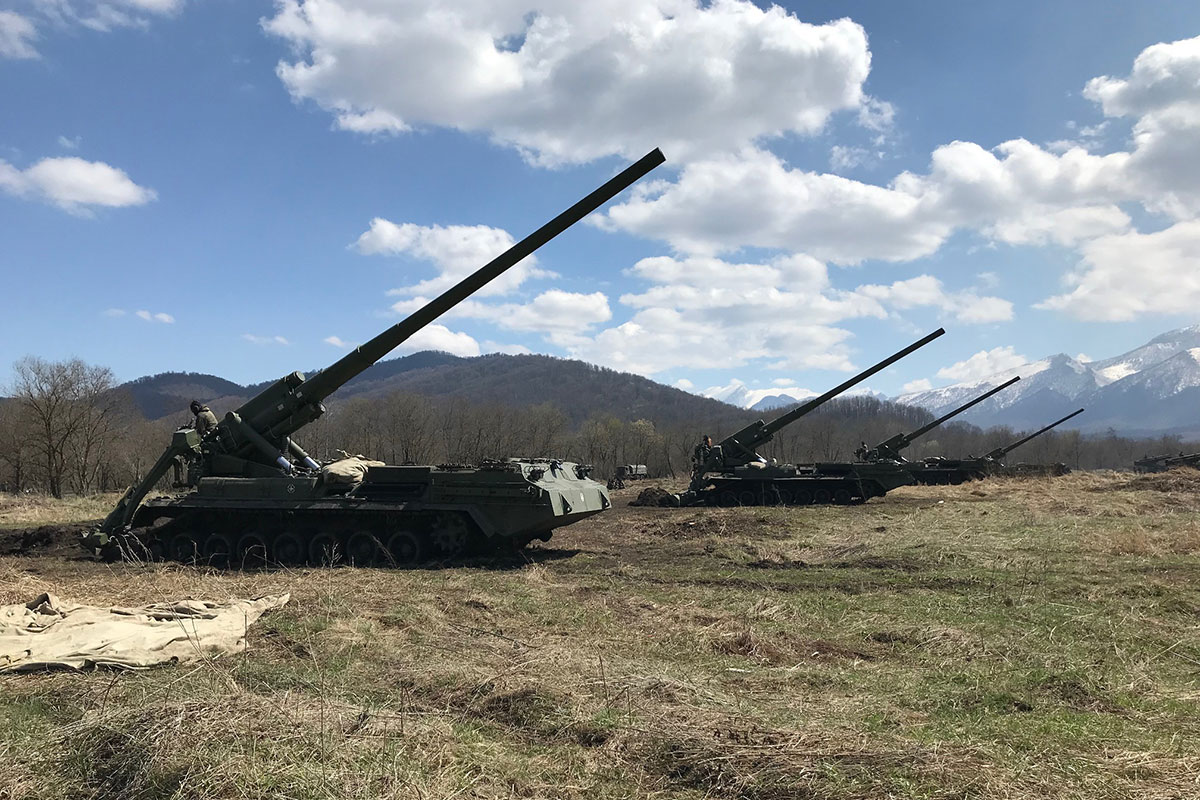 According to a report from a Turkish defense portal, Russia has deployed several divisions of 203mm chain self-propelled 2S7M Malka howitzer 17 km from its border with Ukraine. They have been stationed in the town of Vesyolaya Lopan, 8 km from the capital of the Belgorod region.

The report was confirmed both by field sources as well as by Russian civilians who in fact shared their video shot of the separate military parking lots in the city. The tweet states. “Vesyolaya Lopan, Belgorod region, Unloading, today. In 2014, the armed forces of the Russian Federation also unloaded there and went to the Donbass.”

“During the modernization the gearbox, the distribution bodies, the power supply, the monitoring device, the guidance system, the intercom equipment, the communication stations were replaced, and upgraded.” It also gained the capability to target a UAV.

Using the 203 mm 20A44 cannon, the 2S7M Malka can fire a variety of munitions, including special munitions with active-jet and nuclear warheads, including 3BV2 nuclear artillery shells, which were developed specifically for this model of howitzers and which have a range of 37 kilometers.

Large-caliber self-propelled howitzers were once developed as a weapon for a possible tactical nuclear attack.

Weighing 46.5 tons, the 2S7M Malka is manned by 6 people. The R-173 communication equipment is standard and carries 8 rounds and can be made ready to shoot in 7 minutes in the battlefield. Following the upgrade, the 2S7 Malka can fire more than 2 shots per minute with an effective range of 37 km.