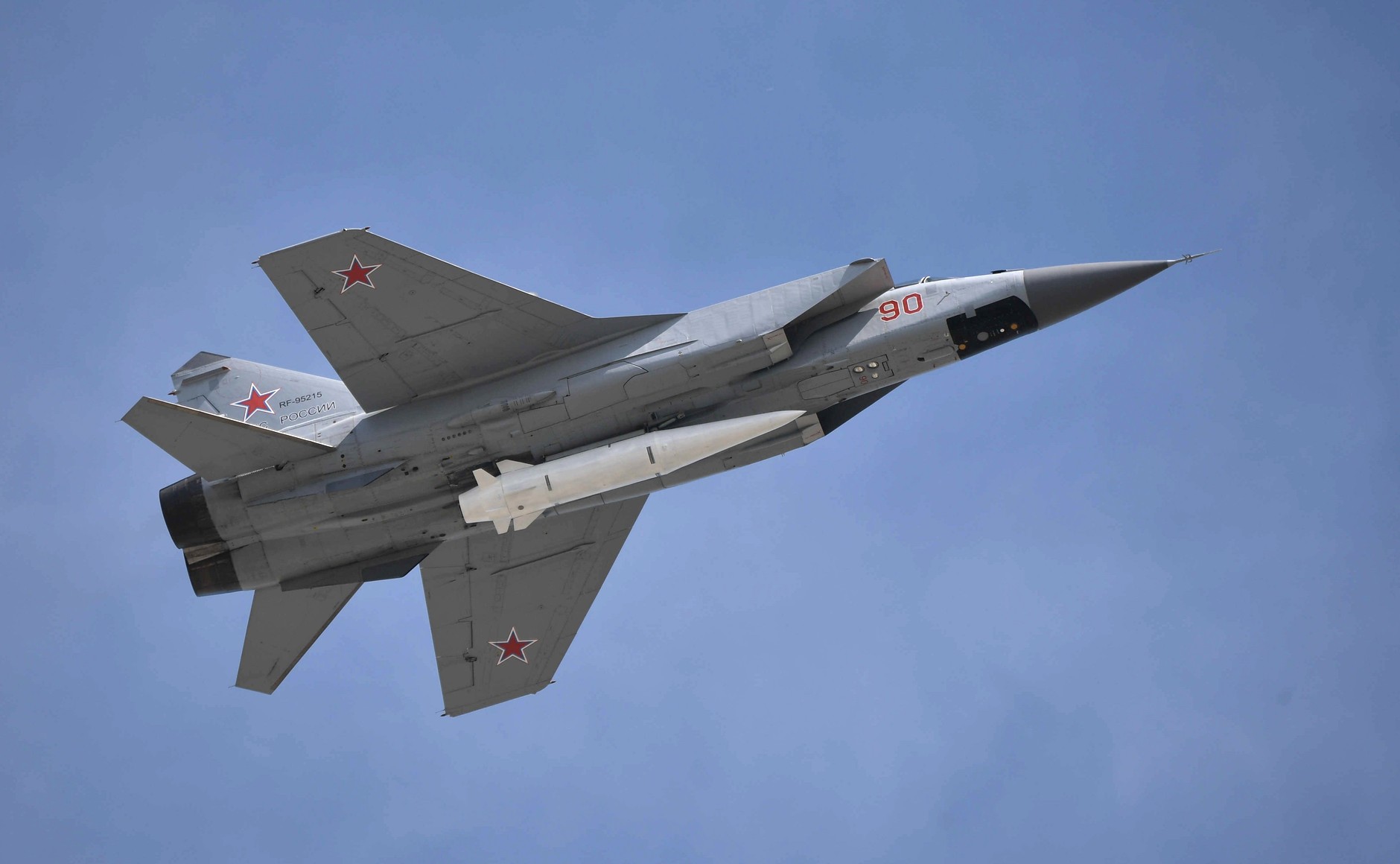 According to a post at a Turkish online defense portal and Russian citizens, a MiG-31K interceptor fighter equipped with a Kh-47M2 Kinzhal hypersonic missile has been spotted in the Baltic Sea.

According to the Ministry of Defense of the Russian Federation, the range of this missile, when fired from an airplane, can extend up to two thousand kilometers. The Kh-47M2 Kinzhal is an important element of non-nuclear strategic deterrence. The missile can maneuver during the flight to making its interception difficult.

Furthermore, existing air and missile defense systems cannot intercept a missile that can maneuvering when its flying at Mach 10.

The Kh-47M2 Kinzhal, modernized by the Iskandar tactical missile system, is an air launched ballistic missile (ALBM) with nuclear capacity. It was introduced into the Russian Air Force in December 2017 and on March 1, 2018, Russian President Vladimir Putin declared it as one of the six new Russian strategic weapons.

The Kh-47M2 Kinzhal can perform maneuvers on a slope during and has a maximum range of 2,000 kilometers. The missile weighs 480 kilograms and can carry conventional and nuclear warheads and can be launched from MiG-31K interceptors, upgraded MiG-31BM or Tu-22M3 bombers.

Characteristics provided by Russia’s Ministry of Defense states that the Kh-47M2 Kinzhal can fly at a maximum speed between Mach 10 and Mach 12. It has an integrated inertial navigation system (INS) with the possibility of adjustments from GLONASS, remote control, and optical homing system.