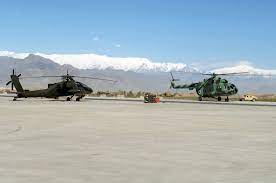 The security scenario in Nigeria is complex: in addition to the presence of jihadist militant groups, including the Islamic State in West Africa (ISWAP) and Boko Haram, Abuja also has to deal with criminal and inter-religious groups of Muslims and Christians, as well as between Sunnis and Shiites.

In recent years, despite the fact that Nigeria’s armed forces are better equipped, they have been regularly challenged by both ISWAP and Boko Haram, with the terrorist groups inflicting heavy casualties on them. The situation got so bad that in 2015, Nigeria had to call on private military companies [SMPs], including South African ones, to take control of the situation.

Given these massive security challenges, Abuja has stepped up its purchases of military equipment from the United States and China.

Last year, while the Trump Administration gave the green light for the sale of 12 light A-29 Super Tucano attack aircraft, Abuja announced its intention to purchase 12 Bell AH-1 Cobra combat helicopters for around $ 1 billion. In July 2021, the deal fell apart after the House Foreign Affairs and Senate Foreign Relations Committees blocked the sale “due to fears of possible human rights abuses” by Nigerian forces.

Human rights NGOs, have regularly accused the Nigerian military of using “excessive use” of force, especially against the Islamic Movement of Nigeria [MIN] – a Shiite organization.

With Abuja facing headwinds in acquiring military hardware from the United States, it has turned to Russia for the same.

Recently Moscow has delivered 20 helicopters, including 5 Mi-17s and 15 Mi-24s to the Nigerian military. Military relations between the two countries are likely to increase in the foreseeable future. Abuja has signed a co-operation agreement with Moscow to this effect on August 23.

Describing it as a “historic” cornerstone in bilateral relations between Russia and Nigeria, the agreement essentially “provides a legal framework for […] the provision of after-sales services, staff training [and] technology transfer, among others”, said a Nigerian diplomat on the condition of anonymity.

For Moscow, the agreement with Nigeria marks an expansion in its influence in the region. Russia already supplies military equipment to Libya, Mozambique, Mali and Congo. According to Dmitry Chugaev, Director of the Russian Federal Service for Military-Technical Cooperation, Russian arms export to the region accounts for 30% to 40% of its global arms exports.

After 2014, After Moscow annexed Crimea, it’s interest in Africa appears to have increased. At that time, its aim was to break its relative isolation, and continue to engage in areas where European countries retained some influence. This includes security offers, which sometimes relies on sending “advisers” who are employees of private military companies, which in turn allows access to natural resources of the countries concerned, as seen in the Central African Republic.