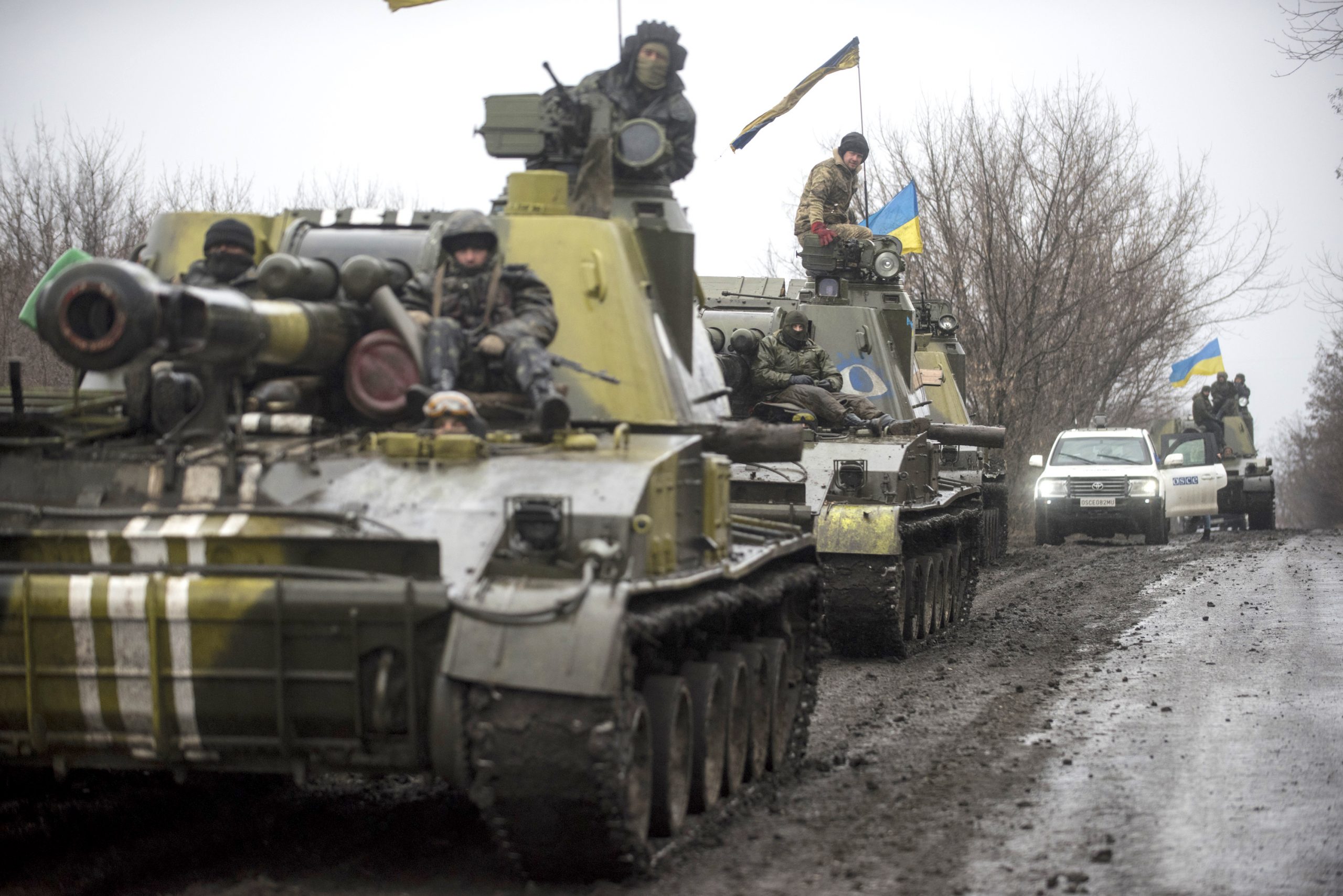 According to a video footage doing the rounds on social media, Russia is loading military equipment in huge trains towards the Ukrainian border, lending grounds to fears of a Russian invasion of Ukraine.

The video was recorded on December 6th.

The video shows a well-known strategy used by Moscow during the invasion of Crimea – identification numbers of the Buk-M1 anti-aircraft missile systems have been painted concealed. Identification numbers for some artillery cannons and tanks have also been hidden with paint.

Both videos have been shared on Telegram.

Following an analysis by the Conflict Intelligence Team known as CIT in order to ascertain the authenticity of the video, it was found:

According to field sources, Moscow either has deployed or will deploy around 175,000 troops in the areas bordering Ukrainian. Ukraine has claimed that Russia has deployed 100,000 soldiers.

Countries including Britain and the United States have publicly warned Russia to not invade Ukraine. Preliminary intelligence reports suggest that this could happen in early 2022.

Concerns of a potential invasion of Ukraine by Russia have been building for weeks; Russia has been in conflict with Ukraine ever since 2014 when it launched an operation to seize the Crimean peninsula before deploying separatist capabilities

Britain’s Chief of the Defense Staff, Admiral Sir Tony Radakin, has warned that a full-scale invasion of Ukraine “would be on a scale not seen in Europe since World War Two.”