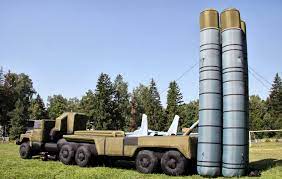 In a statement the Russian Federation’s Ministry of Defense announced that a missile unit of the Central Military District had been re-armed with the Avangard hypersonic missile system.

The silo launcher system was delivered to a missile division in the Orenburg region. The Russian Federation appears to be restocking its missile forces.

According to the Russian Ministry of Defense’s most recent press release, all missile divisions on Russian Federation territory have been rearmed with additional Iskander-M ballistic missile systems.

The Iskander-M missile system is mobile. It is equipped with two missile launchers. Each missile is a 9M723, a quasi-ballistic missile. The missile has a range of just over 400 km, but some claims [slokhs, unproven] that it can reach a target at 500 km. The 9M723 is a stealth missile with nuclear capabilities. The rocket’s top speed is between Mach 6-7.

During flight, the 9M723 follows a ballistic trajectory, but it can be controlled by the missile operations center. The missile manoeuvres continuously from launch to impact. At the end, manoeuvring is done to counter an opposing interceptor.

The Russian missile forces are rearmed with Iskander-M on the official holiday of the Russian missile forces. Russian troops have been re-armed with rocket artillery and artillery compounds, in addition to new missile systems. These are the Tornado family’s volley fire systems. One part of the supplied systems is for long-range delivery, while the other part is for short-range delivery. Russia currently employs Tornado systems on Ukrainian territory.

This combat vehicle can operate in “wave of fire” mode, which allows several shells fired from one gun at different angles to hit the target at the same time, increasing the density of fire and ensuring the enemy’s destruction.

All of these weapons systems and missiles are being delivered at a time when the United States and Ukraine are questioning Russia’s stockpile of artillery shells, cruise missiles, and ballistic missiles.

According to BulgarianMilitary.com, such claims from Washington have increased in the last 48 hours as it became clear that the Russian army launched a nuclear cruise missile that landed in Kyiv. The Kh-55, on the other hand, had a deliberately dismantled nuclear warhead and an empty block that looked like a warhead. This fueled speculation that Russia was depleting its conventional warhead stockpile.