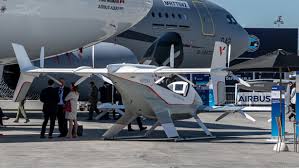 During the Second World War, the Allied and the Nazis had used cargo gliders to resupply supply lines with personnel and resources to operational area. At that time, the planes were not silent enough to do the job since it deprived them of carrying out surprise attacks and attacks using special forces.

The Pentagon has revived the concept of gliders for resupplying purposes to troops, with the US Department of Defense awarding a $2.2 million contract to California-based defense company Silent Arrow.

The unmanned glider supply drones are part of the Pentagon’s Emerald Warrior exercise, which is one of the largest maneuvers of the U.S. Special Operations Command (USSOCOM).

During the Emerald Warrior exercise, gliders will be used in scenarios including special aircraft, standard cargo aircraft, and helicopters. In addition to this, the radar signature of GD-2000 glider drones will be determined as well as its ability to land on water.

Silent Arrow’s GD-2000 Glider drone is a one-way platform cargo glider that has a capacity of 740kg with a total weight of 907kg. It takes off, navigates and lands completely autonomously.

Resembling a coffin, the GD-2000 Glider drone has two, fold-out tandem wings which open automatically thanks to pull-up lines after the start/drop.

With a length of 2.43 meters it has a wingspan of 8.5 meters. Silent Arrow has specified its range as being up to 64 kilometers, with a dropping process at a height of 7.6 kilometers. It can land back within the target area with an accuracy of 100 meters.

Since it has a significantly greater range compared to dropping cargo by parachute, the carrier aircraft manning the GD-2000 can remain outside the hot zone of enemy air defenses.

The GD-2000 does not have any drive that causes noise or other emissions.