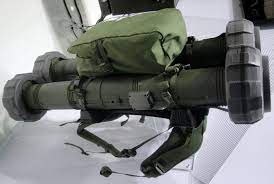 Spain’s Ministry of Defense has published data on the Spike Phase II anti-tank missile program which will see it purchase 1,680 Spike LR2 missiles and 168 firing points which will replace the legacy Tow missile modernizing the army’s anti-tank defenses.

According to sources, the program is at an advanced stage, and is awaiting funding for its official launch.

The Spanish Army as well as the Marine Corps are conversant in using the Spike LR (Long Range) missiles since they have been using it for 15 years. The Spanish Air Force also uses a variant of the missile called Spike ER (Extended Range).

Through the Spike LR2 missiles, Spain’s Ministry of Defense aims to cut system lifecycle costs and promote interoperability. The move will also benefit from synergies as well as have economies of scale since it will provide an advantage in terms of reduced inventory and coordinated support for the Spike family of missiles.

The Spike LR2 is an improved version of the Spike LR that is widely used by the Army and the Marine Corps. A fifth-generation multi-purpose, multi-platform, portable, electro-optical guided, missile systems, the Spike LR2 can be used by the infantry, armored vehicles, warships, and attack helicopters.

It comes in two configurations: tandem warhead HEAT (High Explosive Anti Tank), which is aimed at greater armor penetration (by more than 30% compared to its predecessor), and a new multifunctional explosive warhead, which includes controlled explosion by the shooter to achieve the desired effect.

Using the deceleration mode, the new warhead can pierce up to 20 cm of steel reinforced concrete and detonate inside the structure, causing significant damage to structural targets.

This unique multi-purpose warhead is designed to surpass most targets at the moment on the battlefield, the defense emphasizes.

Compared to its predecessor, the Spike LR2 is equipped with several technical improvements over its predecessor, including an extended range of up to 5.5 km, a dual electro-optical viewfinder, a high-quality uncooled infrared sensor and a high-resolution color daytime vision sensor, greater lethality, greater penetration capacity and a new multi-role warhead whose fuse detonation is controlled by the shooter.

In addition, the weight of the launcher as well as of the missile is lower than its predecessor. It can be launched from vehicles, helicopters, and ships.