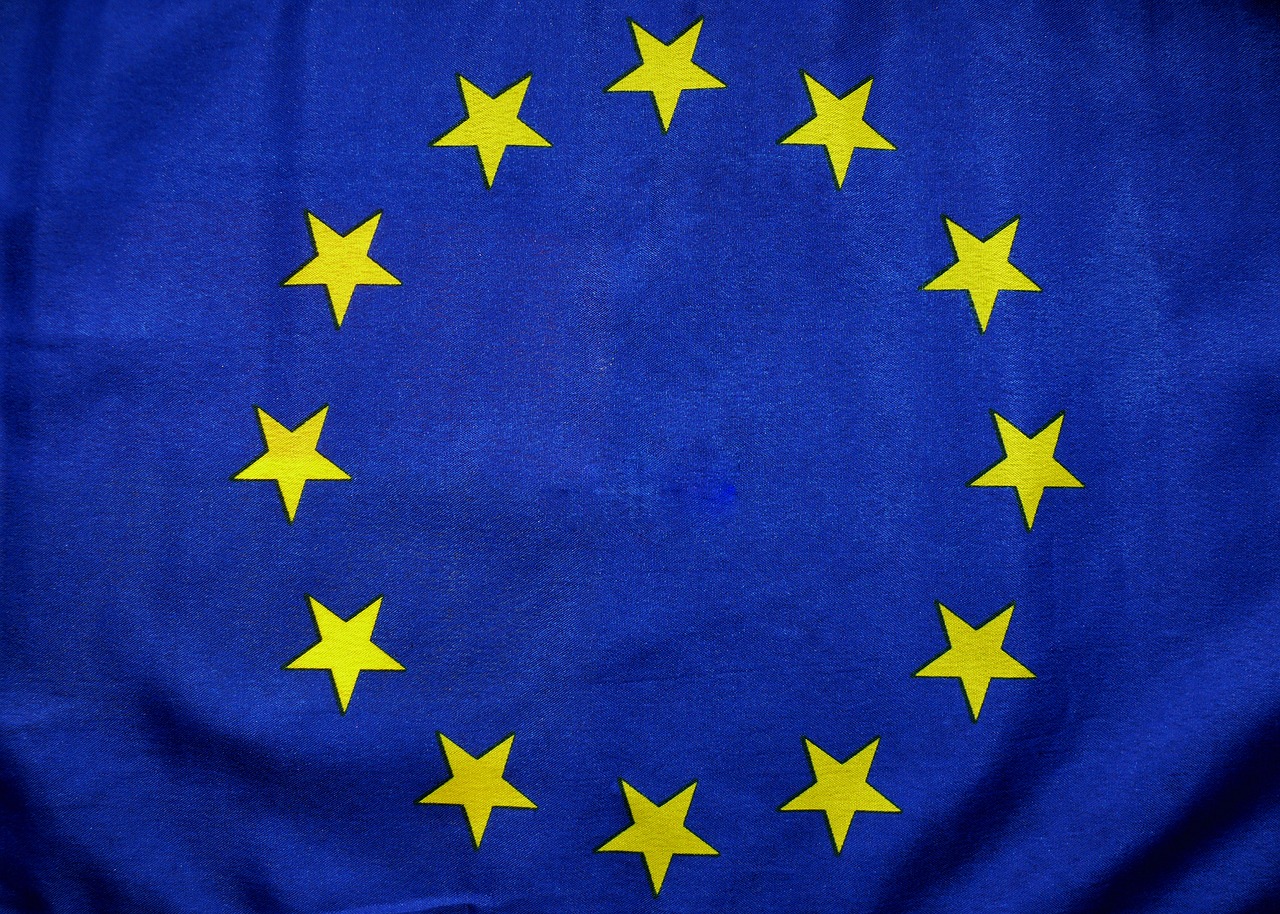 Technological capability is on the frontline in the battle for geopolitical power. European states are faced with the challenge of safeguarding their technical and industrial sovereignty despite structural disadvantages, unfair state-supported competition, and aggressive investment strategies from foreign predators.

In key industries that condition national security, EU nations must find a balanced posture wherein the state still has the capacity to intervene at times of risk, but equally gives companies the space they need to be effective.

Ensuring the availability of key technologies in Europe is a clear necessity. In energy, space, defence, transport, communication information systems, and emerging sectors, such as artificial intelligence — Europe must strive to be competitive and independent. Or, at least, it should strive for the luxury of choosing its dependencies. The risks of over-reliance in any area were succinctly highlighted by the face mask shortages early on in the Covid-19 crisis.

For Europe, it is of paramount importance that its nations are protected from the increase in foreign predators seizing strategic assets through corporate means. This has both economic and strategic consequences. The context arising from the Made in China 2025 strategy (MIC2025) is a case in point.

The central industrial strategy of the Communist Party of China is to achieve technological supremacy in ten key fields over the next few decades. As part of this, China has been engaged in, among other ignominious practices, a significant upscaling of its opportunistic foreign investment and M&A activities.

Germany has seen some of the most severe instances of this newfound appetite, with many of its “hidden champions” — the pride of its technological and manufacturing legacy — being targeted for investment or acquisition.

The United States, under the stewardship of Donald Trump, embodies another cause for concern: rather than being Europe’s ally, an economic partner and strategic protector, the US has become a mercurial entity. The impulsive decrees of the US president now frequently complicate or undermine EU stated objectives. The US also positions itself technologically in competition with the EU, with the financial resources of American Big Tech being used to snatch up many fledgling European companies wherever possible.

In the wake of the Covid-19 crisis, Europe is more at risk than ever before, with financial strain leaving many of its companies vulnerable to the investment advances of these foreign powers.

“Under the current circumstances, we have to supplement our openness to foreign investments with appropriate controls,” said EU Commission President Ursula von der Leyen.

At present, there is no unified European response to this, although France did launch the “Lac d’Argent” fund to support its strategic companies in times of distress. Other nations have not yet followed suit.

A damaging trend towards deregulation

For the most critical areas, such as defence and energy, access to key technologies used to be maintained by state-owned companies. These have been progressively privatised, because of their limited profitability and controversial status as European law has evolved.

Critical industries inevitably require a lot of investment and a long-term mindset. Failing to support them effectively results in skills gaps or even catastrophic skill decline across an entire industrial base.

An example of this is the laborious construction of the Astute submarines in the United Kingdom. A significant gap between projects led to “a situation in which submarine design and build skills atrophied […] resulting in a costlier and lengthier Astute procurement effort” due to a list of significant oversights.

Avoiding these kinds of scenarios in strategic sectors is critical for Europe. The coronavirus crisis has compounded the risk of predatory acquisitions with European companies struggling during the financial slowdown. In the political sphere, there is clear awareness of this issue.

“We have to see that Chinese companies, partly with the support of state funds, are increasingly trying to buy up European companies […] [in] economic difficulties due to the coronavirus crisis,” observed Manfred Weber, a senior German conservative in the EU parliament.

Today, other non-state-controlled models of governance are taking over. As a result, governments are often limited in their options for intervention.

Take for instance, the situation in Germany after the sale of Vossloh Locomotive to CRRC Zhuzhou Locomotives in May.

A Chinese state-owned company now controls 25 percent of the diesel train market in Europe. EU market competition authorities saw no reason to prevent the merger, but the potential for this deal to contribute to the Chinese state’s MIC2025 strategy and Belt and Road Initiative is evident.

This is one of many situations that highlight the outdated EU notion of geopolitics and economics as separate realms. This mindset exposes the bloc to the far more coordinated strategic efforts from China, and more recently, the US.

The recent furore in France over the impending sale of night vision technology specialist Photonis to US conglomerate Teledyne is another case in point.

It is only the latest acquisition in a series that has seen French SMEs with strategic military relevance ceded to US firms. The issue is complicated by the divergent perspectives of the economic and defence/intelligence wings of the French state. Despite state concerns, the deal may go ahead, albeit under certain conditions intended as last-minute safeguards to protect the strategic interests of France.

In Germany, Europe’s techno-industrial powerhouse, the stakes are even higher.

An edifying case is the takeover of world-leading industrial robot manufacturer KUKA by China’s Midea Group. After occupying the board, the Chinese investors soon asked then respected CEO Till Reuter to step down. In Germany, Reuter is an industry player with an exceptional reputation, seen as a paragon of German technological innovation and strategy: his dismissal sent shockwaves across the country. Apparently, the board and management had come into disagreement over a push for greater levels of investment in China.

In many ways the situation illustrated the lack of tools at the disposal of the German government in such cases. Germany was, in fact, on the brink of another disaster in 2018, with power company 50hertz almost making its way into the hands of China’s State Grid Corporation. The cause for concern stemmed from the fact that the company is responsible for the energy supply of around 18 million German citizens.

Fortunately, strings were pulled and a government-backed bank stepped up to block Chinese investment interests and buy the available 20 percent stake. The move was deemed temporary and a search for a more suitable shareholder would follow.

Evidently, the German government still seems to have difficulty in taking a clear position on the subject. The nation’s economic, and often political, elites are generally critical of public funding. And yet, when things go wrong, they eventually resolve to resort to it, as was the case in the recent rescue of Lufthansa from the damage caused by Covid-19.

Regarding the protection of SMEs, there is a need for public action that Secretary of State Ulrich Nussbaum seems to endorse.

There are, however, models which by associating the public and private sectors as partners, and no longer as principals and executors, satisfy sovereign needs for protection. And they do this without curtailing private companies’ initiative or the strategic autonomy of the countries concerned.

Franco-German KNDS — the joint venture between Germany’s KMW and France’s Nexter — is a good example of this.

As a privately managed company with state shareholdings, KNDS keeps sovereign needs at the table in strategic decision-making, but also allows economics to steer company objectives. This is also an example of the kind of effective European inter-state collaboration, which can be used to forward a broader European strategic agenda.

Alternatively, minority state shareholding is effective method by which an eye can be kept on company decisions. This is the case, for instance, at Safran, the French Aerospace and defence multinational.

Various forms of hybrid control structures can protect European interests from hostile takeover bids and foreign influence. The alternatives, with limited or even non-existent state intervention or involvement, lead to corporate decisions motivated by purely financial considerations. These can complicate or directly undermine stated government objectives.

This was the case in the Alstom affair, where, in the absence of determined and timely intervention by the French State, highly strategic nuclear infrastructure came under US control.

Returning to the military sector and to the subject of Germany, the naval domain is a good illustration of the harmful consequences of excessive distance from state in these strategic sectors. A decade ago, the naval industry was doing well. The U214 submarine was regarded as a technological success, with a number of nations placing orders with the producer, TKMS. The situation then gradually deteriorated, both in terms of industrial performance, strictly speaking, as products began to not live up to the expectations of the Federal Navy; and in terms of exports to sensitive countries, with blockades, then derogations, sometimes in disregard of the official measures.

Gradually, notably on the occasion of the award of the MKS 180 contract to Damen, a Dutch shipyard, the German government became aware of the absence of any naval industrial policy, which eventually led to a first step towards strategic mergers. The atrophy of the industrial base, and the conflicting priorities between the public and private parties, highlights the risks engendered without appropriate positioning of the state vis-à-vis strategic companies.