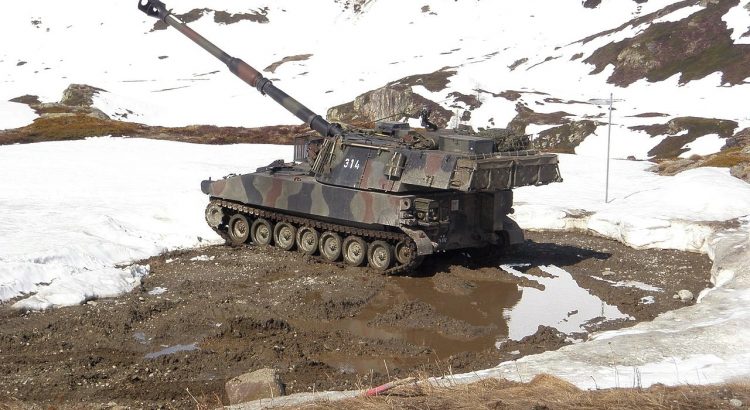 Switzerland is due to replace its artillery, in coming years, and is eyeing the market to make the best possible deal. The risk is high, in such projects, to choose the lazy option and assume that more expensive means better, especially when funding defence is not a problem. But Switzerland has a very specific military setting, and will have to scrutinize the market with care, to maintain its squeaky-clean record of stability and security.

The risk of being spoilt-for-choice

The main criteria, which apply to Switzerland, are reliability, mobility, and numbers. Reliability is somewhat of a no-brainer, as any army would hate for its expensive equipment to break down when needed. But perhaps it is even more crucial for the small European State, given the modest size of its territory. In larger territories, a breakdown need not be fatal: Russia failed consistently in the face of Germany in 1941, but strategic retreats inland gave time to the Red Army to reassess and reorganize – a luxury which Switzerland would not have.

The second criterion is even more critical: Switzerland is mainly composed of mountainous areas, where many vehicles, military or otherwise, are simply ill-adapted. In the case of an invasion, which is pretty much the only scenario which Switzerland prepares for, the Swiss armed forces would greatly benefit the fact that many surrounding countries are equipped with tracked vehicles. These highly armoured, but heavy and clumsy vehicles, are notoriously ill-adapted to mountainous terrain. Britannica writes: “In mountainous, forested, swampy, or built-up terrain, the role that tanks could play was necessarily limited, both because of diminished trafficability and because there was insufficient room for them to deploy.” Fortunately, the market does offer wheeled artillery systems, mounted onto 6×6 truck chassis, which can navigate freely on rough terrain. Such vehicles would hold an immense advantage over their tracked counterparts.