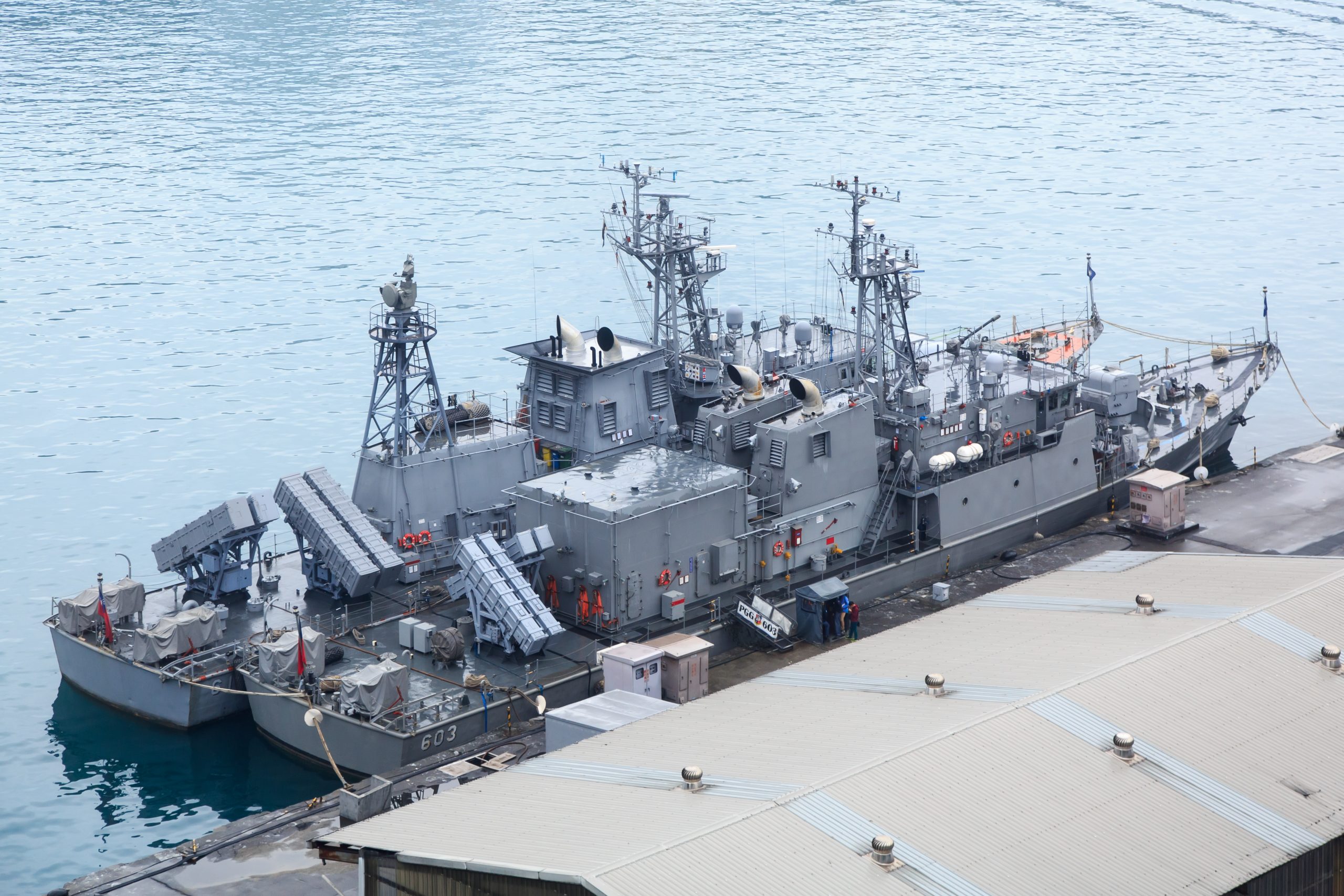 With Taiwan facing growing threats of invasion from China, the island nation has commissioned the first of a new fleet of coastguard ships, which includes an advanced catamaran that can be armed with missiles during a conflict. The development will further bolsters its defenses.

Taiwanese President Tsai Ing-wen has made military modernization a priority given the daily threats the island nation faces from belligerent Chinese land claims.

China has laid claims on Taiwan and has not renounced the use of force to bring it under its control.

While attending the commissioning of the domestically made Anping in the Taiwanese southern city of Kaohsiung, Tsai praised the “specific” ability of the naval unit which can be used in times of war.

“If necessary, it can be immediately be transformed into an important force for defence,” said Tsai, where she also named the second ship which will soon be commission, as the Chengkung.

“This also means that while the coastguard strengthens law enforcement, national defence forces will be strengthened too,” said Tsai.

The Anping is based on the Tuo Chiang-class of corvettes and has provisions for arming itself with anti-ship missile launchers as well as sea-to-land missiles; it can also be configured and equipment can be added for rescue operations.

The first vessel is already in service and is referred to by Taiwan’s navy as the “aircraft carrier killer” due to its missile complement.

China has two aircraft carriers in operation and is building a third one.

Facing a significantly bigger armed forces, Taiwan has championed the concept of “asymmetric warfare”, including adding weapons that are mobile and harder to attack, to make any Chinese offensive costly and difficult.

The United States continues to bolster Taiwan’s defense and is the country’s most important arms supplier. Tsai has also given a boost to Taiwan’s indigenous defence industry, and plans on building more submarines.

One of the challenges faces by Taiwan on a near daily basis is the confrontation by Chinese sand-dredging ships and Chinese fishing vessels which the coastguard has to ward off since they operate illegally in its territorial waters.