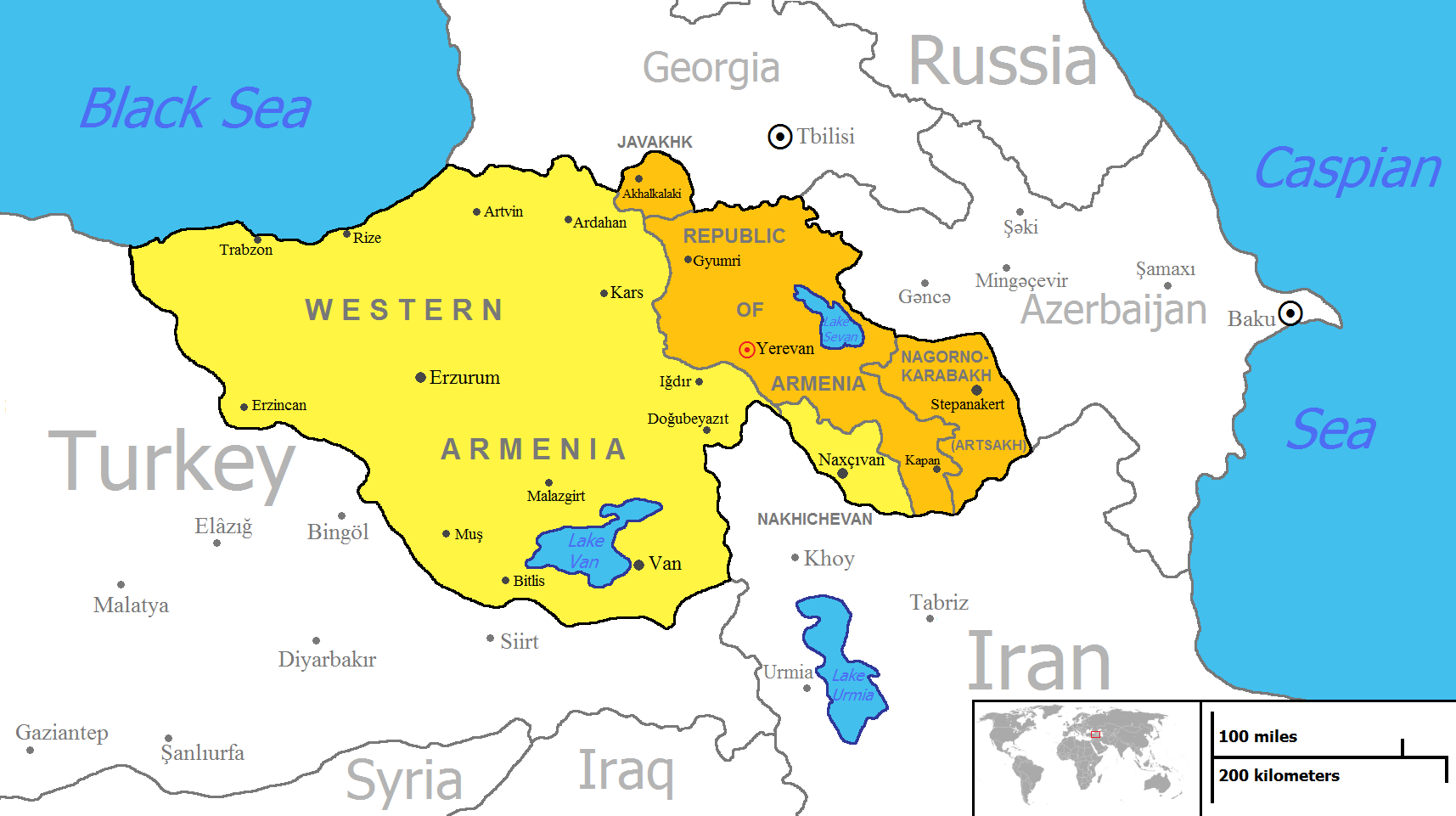 On September 22, 2020 and thereafter, fighters from the Al-Hamza squadron arrived in Azerbaijan’s capital, Baku, from Turkey. Around 1000 Islamist Radical Terrorists are reportedly moving to Azerbaijan with most of them coming from Syria and some are even reportedly coming from Libya.

According to sources familiar with the matter at hand, Financial Action task Force-Grey Listed Pakistan is also mobilizing its terrorists and is sending them to Azerbaijan following a request from Turkey. Pakistani Terrorists have a sizeable presence in the region. Pakistan’s action should be seen in the context of its new found loyalty stemming from its historical ties with Turkey. Pakistan’s Intelligence Agency, ISI, is coordinating the movement of terrorists in the region, said sources.

Even the ambassador of the Republic of Azerbaijan to the Islamic Republic of Pakistan tweeted about the Pakistani Flags in the streets of Tovuz, Azerbaijan.

According to sources from Syria, the Turkish government has transported more than 300 Terrorists belonging to the Turkish-backed Syrian factions, including those belonging to the “Sultan Murad” and “Al-Amshat”. According to these terrorists, they are being taken to Azerbaijan in order to guard the state’s border for a salary of $1,500 to $2,000.

This video shows Turkey-backed Islamic terrorists, from Syria and Libya moving towards positions in Azerbaijan.

The ongoing war is yet another example of an Islamic state waging a religious war on its neighbor. Azerbaijan’s demographics shows, 97% of the population being Muslim while Armenia has a 95% christian population. Both, Islamic nations of Turkey and Pakistan have expressed their support towards Azerbaijan, while no other nation has done so for Armenia.

Turkey’s participation in this war is to be seen in the context of Ankara trying to establish its Neo-Ottoman empire and keep the oil rich region within its sphere of influence.

Already Turkey has ravaged Syria, which had a Christian population of 30%. They been marginalized after Ankara pushed millions of Islamist Radicals into Europe via Greece. Although countries, including the those in the European Union, the United States and the United Nations have called on Azerbaijan and Armenia to immediately declare a ceasefire and hold negotiations, Turkey and Pakistan have expressed their support to Azerbaijan and have mobilizing terrorist fighters to reach Azerbaijan to fight alongside the Azerbaijan army.

The place where the war is taking place, is very close to the Azerbaijan-Georgia-Turkey corridor, right next to transportation and energy routes. Caspian oil and gas are carried to Turkey via this corridor. A conflict in this region, where the heart of the Azerbaijani economy beats, has the potential to directly affect the Baku-Tbilisi-Ceyhan oil pipeline, the Southern Gas Corridor and the Baku-Tbilisi-Kars railway.

“We fight not only against Azerbaijan, but also against Turkey”, said Artsakh Republic President Arayik Harutyunyan in a press conference on September 28, 2020 while pointing to the state-of-the art equipment, including fighter jets and UAVs being used by the Turkish army in the ongoing war.

“The same F-16 jets that have been on the territory of Azerbaijan for over a month under a pretext of joint military actions, have been used since morning,” said the President. “I want this to be a clear message to the whole world. It’s not Azerbaijan, it’s Turkey fighting against Artsakh. Not only UAVs and jets are being used, there is also a military contingent present, not event to mention mercenaries and volunteers from other countries”.

It is high time that countries wake up to to two Radical Islamist Nations trying to unleash a holocaust of Armenian Genocide.

This war is essentially Turkey following its elusive dream of trying to establish its Neo-Ottoman empire and countries, including those in the Middle East should wake up to this threat.