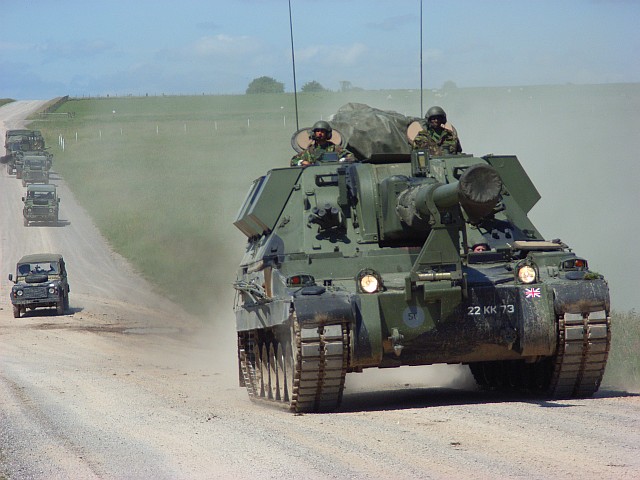 Have the French figured out the conundrum for the British? The UK, historically an expeditionary army, has always been caught in a strategic vise: more powerful howitzers generally meant having fewer, and reducing their availability. That’s right: going for more power, leads to less power. This is particularly problematic, when addressing a weapons system which is all about power, precisely. The French may be on to something, with their own artillery.

Why more is less

Artillery systems, throughout the world and its history, have been the object of continuous technological improvement. Every decade, new firepower, mobility and protection layers were systematically plastered onto existing platforms, to the point that modern systems are today built like onions. This leads to two consequences, both of which are problematic for army commanders in general, and British ones in particular.

The first consequence is that, for any given budget, a hugely complex and proprietary system will cost more per unit, and therefore reduce the number of items which can be purchased. The UK military have been hit particularly hard with this fatality, as recent decades saw their defence budgets dramatically melt, year after year. Naturally, howitzers will be expensive, no matter their design. An M109 Paladin howitzer, which can be used as a benchmark, is a US-designed, state-of-the-art self-propelled howitzer, which comes with a price tag of approximately 15 million USD per unit. To replace all of the UK’s current and aging AS-90s, a total budget of nearly 4 billion USD would be needed, totalling nearly 10% of the entire military budget. Given the arithmetic impossibility, the British defence staff would have to greatly reduce the number of units they would purchase. While such a drastic choice would indeed supply them with a few top-notch heavy howitzers, it would necessarily also result in many pockets of terrain which would escape artillery coverage, during deployments. As an illustration, Afghanistan is about 250 000 square miles. The area covered by one gun being around 500 square miles, 500 of these guns would have been necessary to ensure proper coverage, when the UK would not be able to buy 250 without gutting its budget.