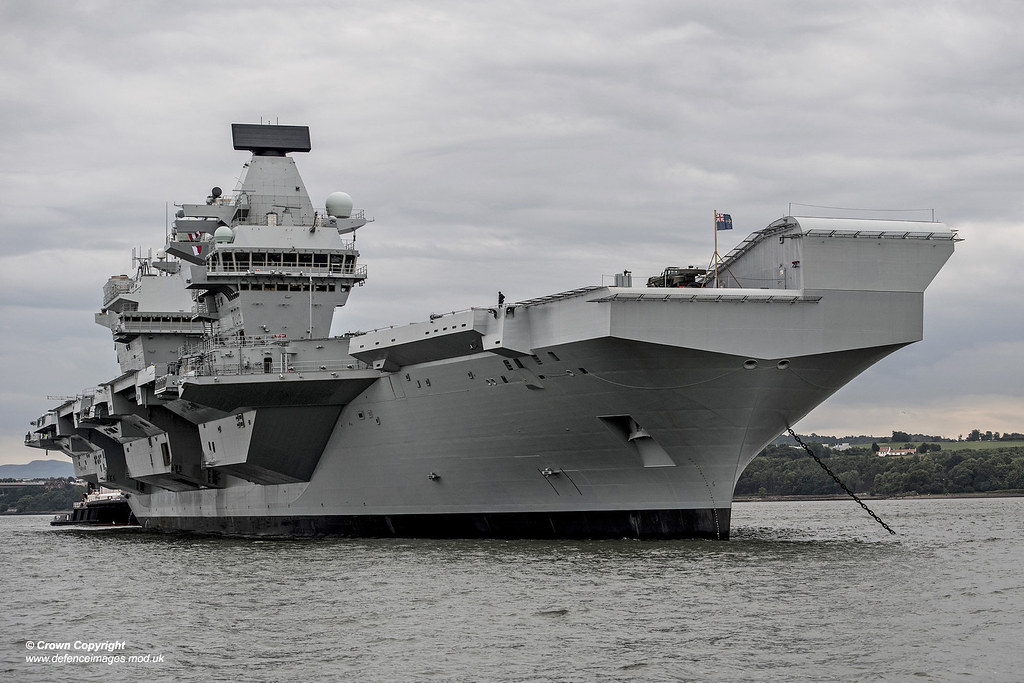 The navies of Britain and the United States are preparing to align their futures more closely in a whole host of warfare areas, said the U.S. Chief of Naval Operations.

“We will synchronize pioneering capabilities, strengthen operating concepts and focus our collective efforts to deliver combined sea power together. By organizing our cooperation on carrier strike, underwater superiority, navy and marine integration and doubling down on future war fighting like unmanned and artificial intelligence, we will remain on the leading edge of great power competition.”

While the specifics of the statements have yet to be made public, in recent years, both navies have invested significantly on on aligning their capabilities, which will be very useful in combined maritime operations. The takeaway message from the announcement was that this cooperation will continue in the future.

During the course of the Royal Navy’s effort to get the Queen Elizabeth aircraft carrier ready for deployment, the U.S. Navy and Marine Corps have worked closely with the service, training British pilots on the F-35B and getting the carrier certified so as to operate them. Earlier this month, the Marine Corps’ Fighter Attack Squadron 211 embarked on Queen Elizabeth during the ship’s group exercise ahead of a deployment next year.

The Marines will also work closely with the Royal Air Force’s F-35Bs during the QE’s 2021 deployment.

“Throughout our careers we have had a drive for interoperability with allies,” said Radkin. “But increasingly it feels to us that bar has to be raised. … The obvious example is the U.S. Marine jets on board the QE carrier. That is an obvious example of interchangeability. So, we are trying to drive a new standard. Partly to drive all of us to strengthen our interoperability but to go even higher and recognize that interchangeability is going to be an even stronger feature in the future.”

Both services will focus on expanding in four areas in order to lend support to this “interchangeability”. This includes carrier operations, undersea warfare, advanced capabilities such as artificial intelligence and cyber and aligning the efforts of both navies to become a cohesive fighting unit.

The development comes at a time when the UK is in the midst of an integrated defense review, which was interrupted because of the Coronavirus-induced COVID-19 pandemic which emerged from Wuhan, China; the program appears to be running again.

The review is expected to have material impact on the British defense budget.