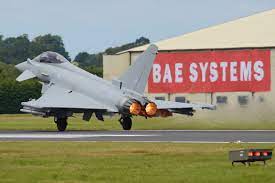 The United States has awarded UK’s BAE Systems a $2.8 million contract to develop weapons that can paralyze enemy decision making. BAE Systems will collaborate on this project with the US Air Force Research Laboratory.

With this contract, Washington aims to prevent the enemy from reacting quickly, in a timely and consistent manner. According to BAE Systems, this can be achieved by developing technology that affects the number of domains used in a country’s security.

Such paralysis of enemy decision-making capabilities can be achieved by implementing technologies that affect communications, using cyberattacks, kinetic actions, as well as combining other capabilities.

“The goal of the COMMAND program is to understand the imposition of complex Courses of Action against an adversary’s integrated systems by modeling their decision calculus,” saidMike Miller, technical group leader at BAE Systems FAST Labs research and development organization. “From kinetic attacks to jamming communications and cyberattacks, determining a combination of these various attack surfaces will make it challenging for the adversary to react in a timely and coherent manner.”

With such modelling technologies, experts believe, future armies will be able to influence the flow of information passing through the entire process of military action in the enemy, and strategically paralyse the enemy.

To this end, BAE Systems intends to engage its development in the Observe, Orient, Decide, and Act cycle with the enemy.