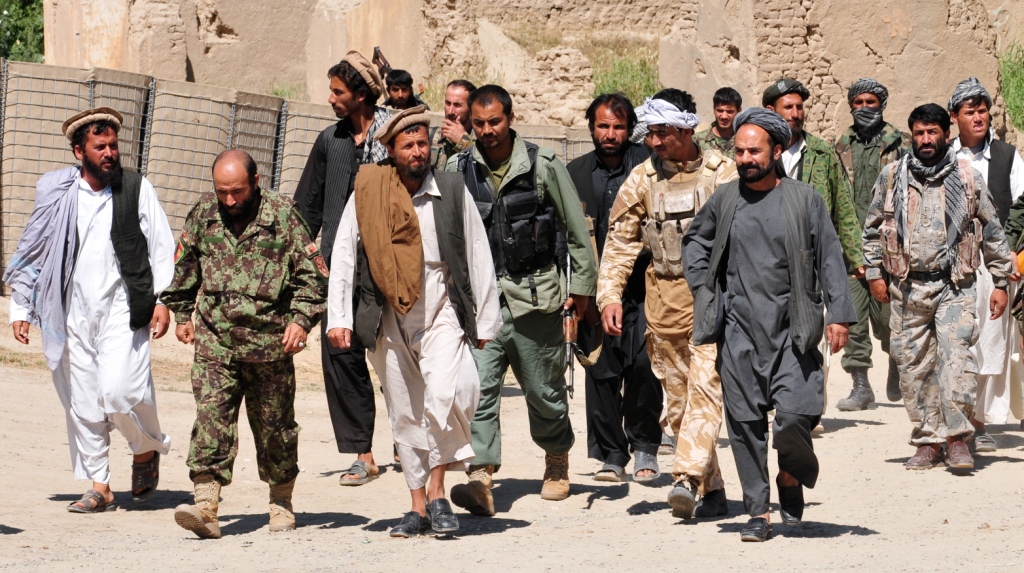 Last week, in an interview with The Telegraph, Britain’s Chief of Staff of the Royal Air Force, Air Force Chief Sir Mike Wigston, hinted that despite the US withdrawal from Afghanistan, the British Air Force was ready to strike terrorists of the Islamic State, including its Afghan-Pakistani branch, if required.

“We must be able to play our part in the international coalition to defeat Daesh, whether it is a strike or the relocation of troops and equipment to a particular country, on a large scale and quickly,” said Wigston while adding, British forces be ready to intervene when a “direct or indirect threat” looms over Britain and its allies.

“Afghanistan is perhaps one of the most inaccessible regions in the world and we can act there.”

Incidentally, Wigston did not say how the RAF intends on carrying out such missions given that Afghanistan is a landlocked country and that there is little chance that its neighbors will allow foreign fighter-bombers to fly over their territory. Further, the lack of humint, and intervention resources in the country, will make the detection of possible threats difficult.

Therefore, it is possible that they will rely on the Taliban.

A report by the Daily Mirror dated September 4 says, there are plans for British special forces to train the Taliban in counter-terrorism missions.

Such a step would only be taken as a last resort.

“The United Kingdom must be pragmatic,” said a source while adding “the point of view of the Ministry of Foreign Affairs and 10 Downing Street [Prime Minister] is that if the West does not offer support to the Taliban, then China and Russia will.”

Incidentally, British forces lost 457 soldiers to the Taliban in Afghanistan.

“We have no idea what the Taliban would do with our support for them. They can’t be trusted, no matter what they say,” said former Colonel Richard Kemp, who has served in Iraq and Afghanistan. Especially since the links between the Taleb movement and Al Qaeda still exist.

“What the UK government needs to do first is set its strategic goals. Only then will our future actions make sense because otherwise, we will go to a new disaster,” said General Lord Danat, former Chief of Staff of the British Army.

The strategy of collaborating with the Taliban to fight ISIS terrorists is also shared by the United States. According to the chairman of the Joint Chiefs of Staff, General Mark Millie, it is possible that Washington could see some “coordination” with the Taliban on strikes against ISIS. This will certainly not be the first time it has done so.

In March 2020, days after the signing of the Doha Agreement, General Kenneth Mackenzie, then head of US Centcom, Central Asia, and the Middle East, said US forces had provided “limited support” to the Taliban, who were then fighting ISIS in Afghanistan’s Nangarhar province.

“In the last few months in Eastern Afghanistan, we have seen the Taliban contain and crush the presence of ISIL on the ground in Nangarhar province, and they have done so very effectively. There was very limited support from us,” he said, without elaborating.

On September 4, in an interview on Fox News, General Millie said, the“conditions for civil war” in Afghanistan were “likely to be met” which could lead to “the restoration of al Qaeda or the strengthening of ISIL or other terrorist groups”.