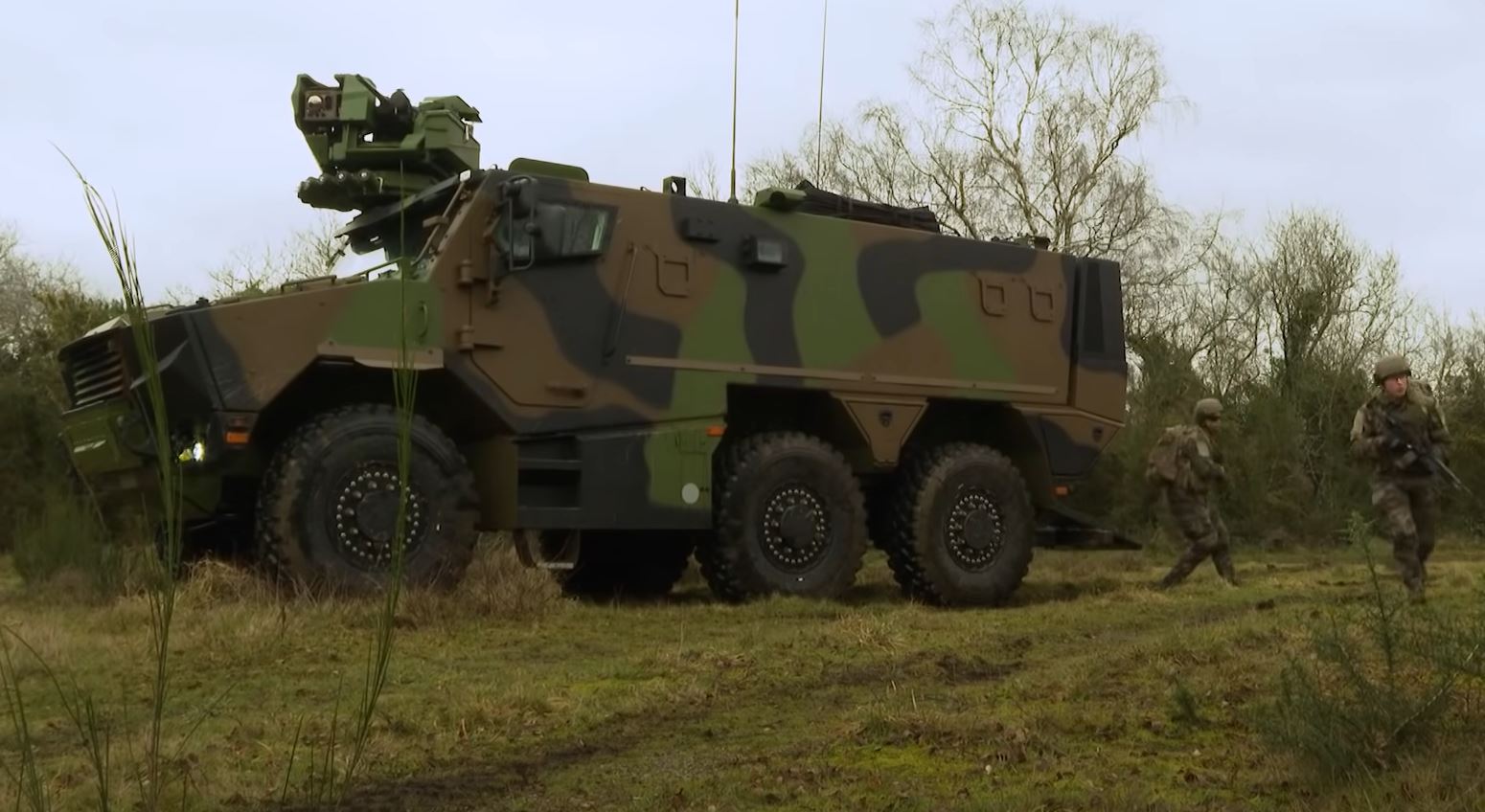 If France’s Nexter would have stuck to its provisional schedule of delivery for the Scorpion program when it had presented it to the army, France’s 6th Engineer Regiment and its 2nd Foreign Engineer Regiment would have been in the possession of its first multirole armored vehicles [VBMR] “Griffon” in “Engineer” configuration last year itself. Unfortunately, the program saw unforeseen delays.

Last October, Angers-based École du Génie, was given a prototype of this vehicle. Compared to its “Infantry” version, the prototype was equipped with a winch at the front, a towing hook at the back along with modules specific to the missions of sappers – support for mobility, counter-mobility, support in urban areas, support for emergency deployment, pollution control, demining, etc.

The prototype included improvements from observations made in 2016 by sappers from a combat group of the 31st RG – the latter having taken part in the first phase of “mock-up” of the Griffon in its Genie avatar.

“The project thus integrated for the first time these sappers so that they bring their ‘field’ vision to the designers and industrialists concerned. Involving soldiers in the creation of equipment allows the Army to have modern, high-performance equipment in line with the realities on the ground and the needs of men,” explained an officer from Nexter.

However, unlike the prototype that was presented, photographs published by Nexter showed another model – since they were not equipped with a winch.

In May 2020, Nexter announced the delivery of the 250th copy of the Griffon to the Army, saying that it was on target to deliver 339 vehicles by the end 2020.

In this context, its worth noting that 1,872 armored vehicles are scheduled for delivery and deployment by 2030, alongwith “Serval” Light VBMRs, which will also have a “Genie” version.

In addition to the “Infantry” configuration of the Griffon, the VBMR is scheduled to experience its baptism by fire in the Sahel, within the Desert Tactical Group [GTD] Korrigan, alongside the 3rd Marine Infantry Regiment, the 11th Marine Artillery Regiment and the 6th RG.