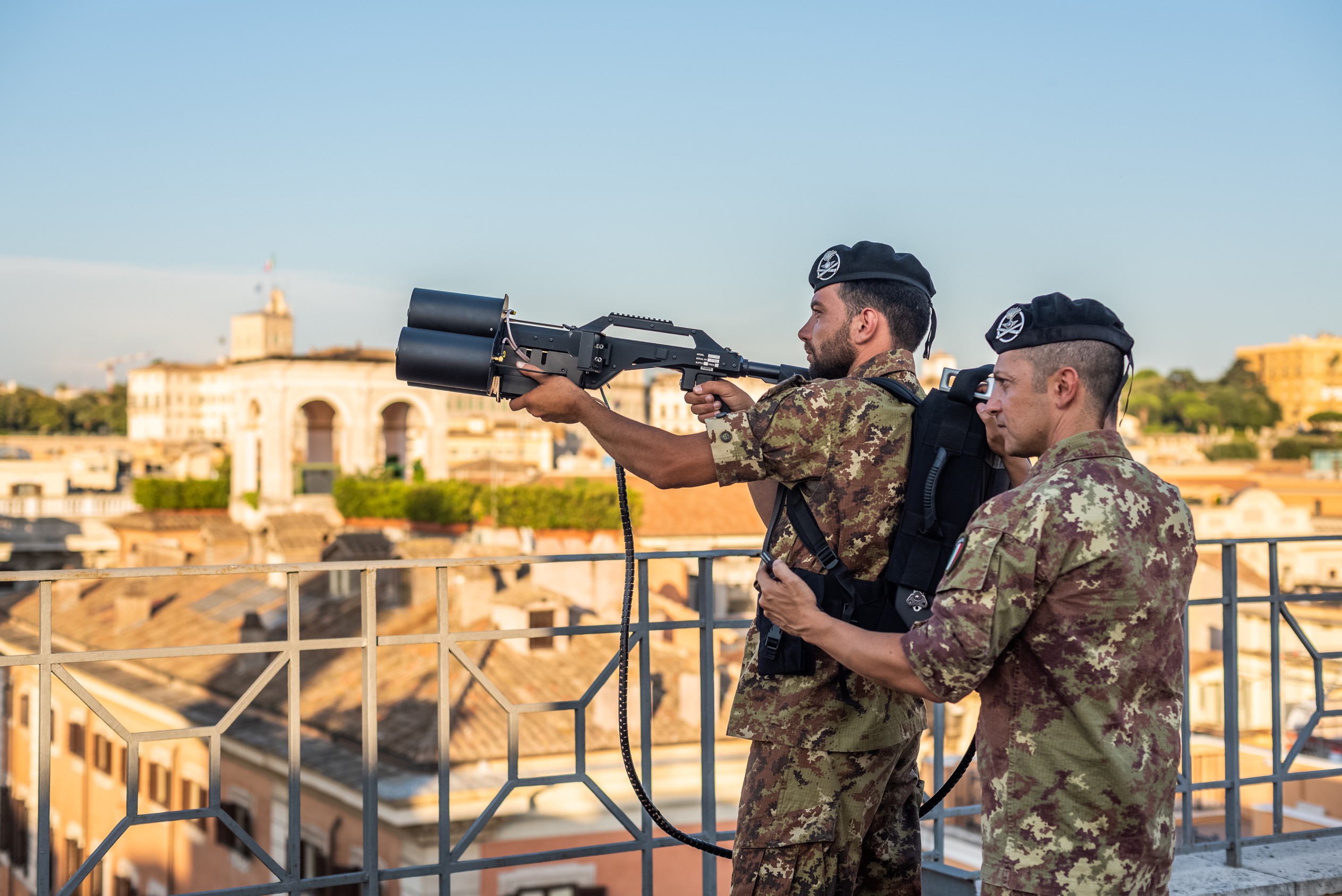 The US Department of Defense (DoD) has delivered anti-drone device, the DroneDefender, to the armed forces of Ukraine. Before this transfer, the US-made weapon was in service only with the US army.

Developed and manufactured by DeDrone, DroneDefender has a range of up to 2km. Operated on batteries, it can be operated continuously for 2 hours. It has an integrated VR simulator and weighs around 7kg; it is also equipped with GPS and has SD memory cards slots.

According to DeDrone, it is very good at jamming the most commonly used frequencies of enemy drones, including those in the GNSS spectrum and COTS UAS. Easy to deploy and use, it can capture information on enemy drones and has a mute mode.