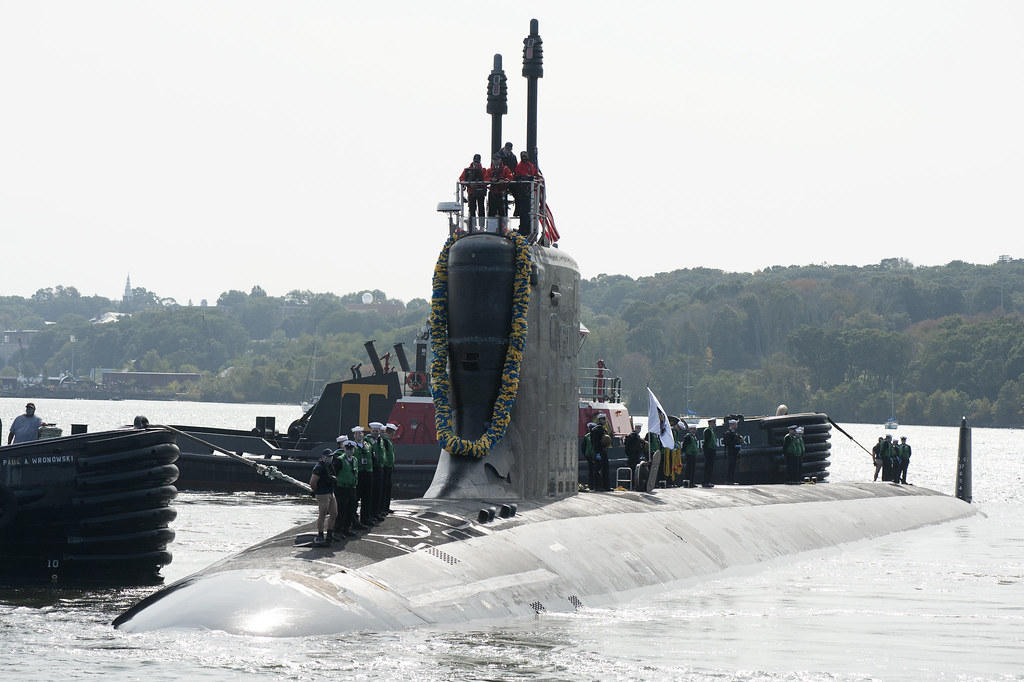 While the Virginia Class submarine is already heavily armed with each boat capable of carrying up to 37 torpedo-sized weapons, including Tomahawk cruise missiles, with twelve of these slots are in two vertical launch systems (VLS), known as the Virginia Payload Tubes, the new Block V (5) batch of submarines will have an additional 28 slots in its VLS – an increase of 76% of torpedo-sized weapons.

The U.S. Navy plans on building between 72 to 78 of these new attack submarines.

The Virginia Class was originally conceived as a cost effective alternative to the larger Seawolf Class, which was designed during the Cold War to counter the then latest Russian submarines. Seawolf Class subs faced massive delays leading to cancellation during the post-Cold War period, thus only three of these expensive Seawolfs submarines were actually built. The Virginia Class, smaller in size compared to the Seawolf, took advantage of emerging new technologies and became a world-leading nuclear powered attack submarine.

While the Block II Virginias focused on production efficiency, the Block IIIs took this a step further and were made with enhanced construction techniques. They also received a new conformal main sonar array which replaced the more traditional spherical array, typically found on earlier U.S. Navy submarines. Also, their vertical launch system was changed from 12 single tubes to two ‘Multiple All-Up Round Containers’.

The Block IV, under construction, again focused on trimming costs while improving availability. The improvements were iterative and were mostly hard to see. In outward appearances the Block V will be visibly different, with a new weapons module and additional sensors.

They will also feature an addition of an 84 foot (25 meters) section to accommodate the four new vertical launch tubes, each of which will be capable of carrying 7 Tomahawks. The new VLS is termed the Virginia Payload Module and will also be suitable for future weapons and alternative payloads.

The latest Tomahawk missiles, coincidentally also known as the Block V, will add an anti-ship capability to the existing land-attack mode. They are expected to be operational before the first Virginia Block V joins the submarine force.

More potent and yet unconfirmed, will be new hypersonic boost-glide vehicles. So far, there is no clarity on how many will be carried in each VLS, with a reasonable estimate being three rounds.

These submarines can also carry the latest versions of the ADCAP family of heavyweight torpedoes. They are also likely to carry the new Hammerhead mine which will replace the legacy Mk.47 Submarine Launched Mobile Mine (SLMM).

Since Hammerheads allow covert deployment of bottom mines, they offer a particularly powerful capability albeit not as glamorous as missiles.

Incidentally, the U.S. Navy is also developing a new Clandestine Delivered Mine which will see a fusion of technologies ranging from underwater drones with regular bottom mines, allowing much greater stand-off ranges when sowing mine fields, thus improving survivability and operational flexibility.