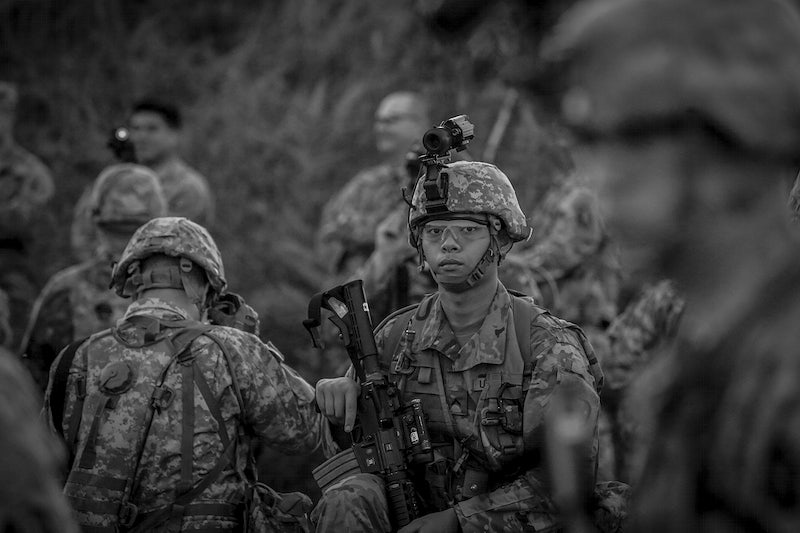 According to a report mentioned the Royal Marines’ official publication the Globe and Laurel, British Royal Marines provided “discreet operations support” in Ukraine. The report cites Lieutenant General Robert Magowan as saying so.

The information provided by the British officer has the flavour of “a high level of military and political risk”.

Russia has yet to respond officially to this claim.

Incidentally, the presence of the Royal Navy marines in Ukraine were initially confirmed by the general earlier. Their mission was to safely extract employees from the British Embassy in Kyiv.

The British marines were from the 45 Commando Group, said the British General. Even before Russia invaded Ukraine, British Defense Minister Ben Wallace had stated that “a small number of military personnel” would be deployed in Ukraine with the goal of “training and arming” Ukrainian soldiers.

Following the completion of the mission, Marines from the 45 Commando Group were deployed to Norway to participate in a NATO exercise. This occurred sometime in March 2022. In April they returned and were again deployed in Ukraine to assist in the protection of diplomatic personnel sent to restore the diplomatic mission in Ukraine.

According to Lieutenant General Robert Magowan, British troops in Ukraine were involved in supporting “discreet military operations” carried out in a “sensitive environment” and with “a high level of political and military risk”.

The General made it clear that no British military personnel were directly involved in the hostilities in Ukraine. British commandoes did not perform any combat duties.

There have been multiple reports from various sources confirming the British military’s presence in Ukraine for the last 9 months. The first “proof” of their presence was in late October, when the Russian 11356R-class missile frigate Admiral Makarov was damaged by an unmanned underwater vehicle (UUV). That attack had occurred when the frigate was stationed at the Sevastopol military base.

A Romanian military expert Valentin Vasilescu had then stated that the UAV that hit the Russian warship was not Ukrainian, but rather a British Naval technology. He even claimed that the Ukrainian base from which the ship was attacked was well-known and that it had housed British special forces since much before the war began.

“Not far from the Crimea is the Ochakov base (at the mouth of the Southern Bug west of Kherson), which houses the 73rd Marine Special Operations Center, which before February was made up of about 300 members of the SBS and the British SAS, who were there as “instructors”. This unofficial NATO base was opened in 2017.

“I highly doubt that all the SBS left in February,” said Vasilescu.

This attack prompted Moscow to abandon the “grain agreement” and turn to the UN. Interestingly, Moscow’s approach to the UN came at a time when other Russian targets were also attacked. Moscow believed that these attacks were the result of “foreign involvement” and were not a result of Ukrainian military actions.