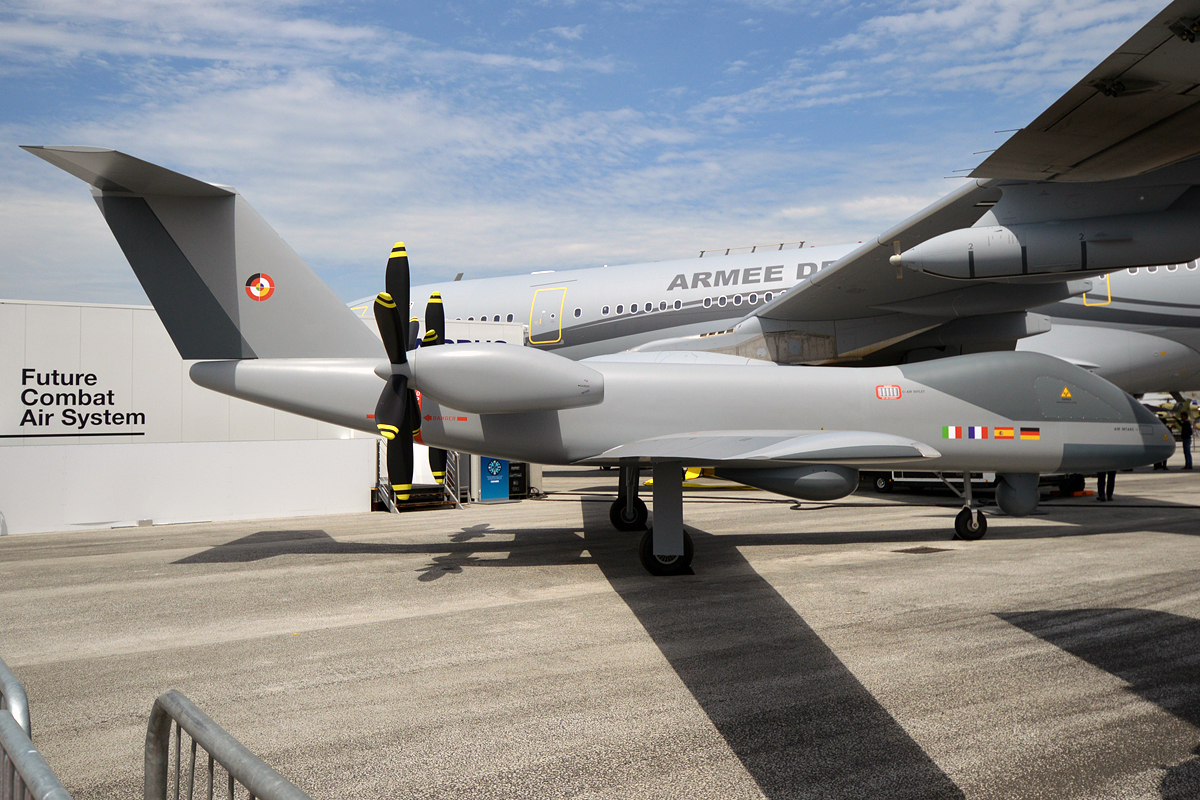 Defense Ministers from France and Germany have urged EU member states to speed up the progress of the Eurodrone program and are gearing up towards completing the program’s development phase before the end of 2020.

This high-level endorsement is likely to be a shot in the arm for the weapons program that has since some slack following Dassault, Airbus, and Leonardo unveiling a mock-up drone at the April 2018 Berlin Air Show.

Florence Parly, France’s Armed Forces Minister said, she was looking forward to seeing the next phase of the program begin by this year’s end; expressing support, her German counterpart, Annegret Kramp-Karrenbauer said, she hopes any outstanding issues, mostly involving cost, could be resolved “in the next few weeks.”

The two leaders spoke at Manching, Germany, which is Airbus’ hub for the Eurodrone project; it is also the site for another key European program – the Future Combat Air System.

Officially known as the “European MALE RPAS,” acronyms for medium-altitude, long-endurance, remotely piloted aircraft system, the Eurodrone program is managed by the pan-European Organisation for Joint Armament Cooperation on behalf of France, Germany, Italy and Spain.

Although European authorities are yet to finalize the required regulatory framework for using drones in the civilian airspace, the Eurodrone program has been designed such that it will be the first unmanned aircraft which will be fully certified for using civilian airspace.

This confidences comes from key design features of the drone including its twin propulsion system, with one being a fallback option, which will automatically kick-in as and when required.

Once it comes online, the Eurodrone program could potentially undercut the business strategy of its U.S. rival General Atomics. It aims to be the first to sell drones, complete with automatic collision-avoidance kit, in the European markets.

Officials from the German Defense Ministry did not immediately respond to requests for comments on the timeframe for disbursing finances as well as a contract strategy to lawmakers, with both being prerequisites for speeding up the project.

One contentious area will be arming the Eurodrone, whose primary mission is incidentally intelligence gathering; the move could get tangled in the ethical aspects of arming aerial and ground robots.

The German parliament, the Bundestag, is still in two minds on whether it can proceed with arming the Israeli-made Heron TP drone with weapons. Currently, the German military uses these drones to keep a tab over deployed forces under a leasing agreement with Israel Aerospace Industries. These drones are operationally managed by Airbus.

It is very possible that the Bundestag will first debate on arming the Heron TP, thus creating a precedent for the Eurodrone program; the move is also likely to cap public opinion on drones and war, said an official from the Defense Ministry. This sequence however may not be automatic. Either way, with elections looming for both, France and Germany in 2021, time is of essence, said a spokesman for the Defense Ministry.

“It would be surprising if we had the Eurodrone first,” opined Ulrike Franke, a London-based analyst with the European Council on Foreign Relations. “Because it would amount to a signal that the Heron TP decision had been needlessly stalled.”

The issues that are acting up as headwinds for the Eurodrone program include whether it can provide enough utility beyond what is currently available in the market, including U.S.-made hardware, said Franke said.

The success of the Eurodrone program will be on how many purchase orders it can garner, so as to meet the envisioned benefits of greater European interoperability, said Franke.