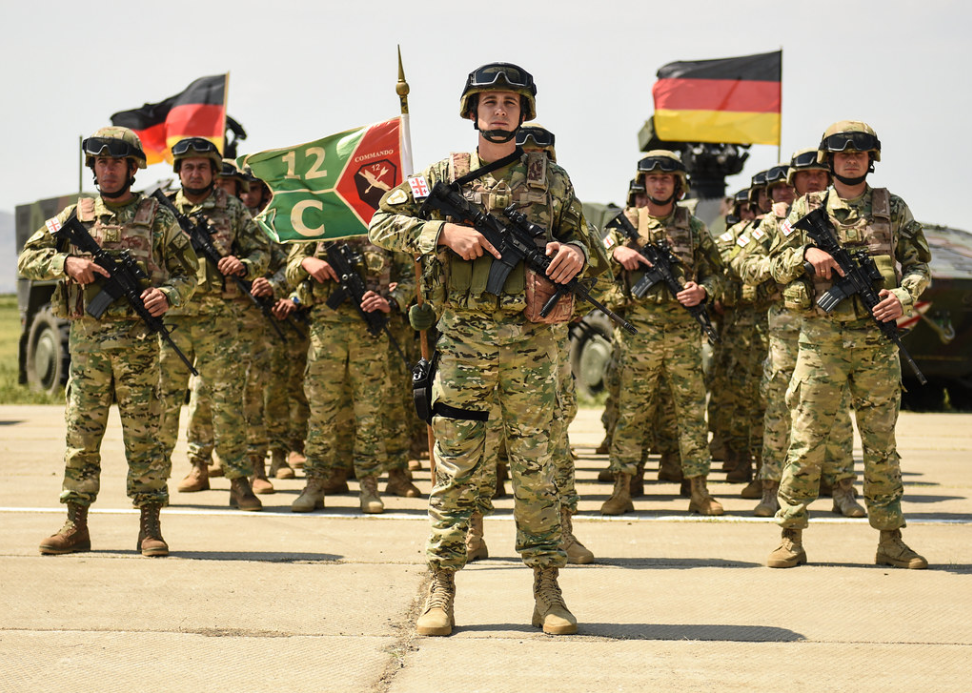 Despite little media coverage, much is happening in the EU, namely in defence matters at the continental level. Several European countries are pushing Brussels to take a more central position in coordinating the EU’s security.

The European Union, in its genesis, aimed at avoiding war at all costs. But things are slowly changing, as the EU is being pressed to take action against the rising threats around it – namely the resurgence of Russian military power, the rise of China and the fear of the United States dropping its old-world allies. Europe, on the whole, is very well defended, but is plagued with defence strategies which are individual and non-coordinated. It is a well-known fact that, should European countries unite their efforts, under the leadership of Brussels or otherwise, they would form a military bloc at par with the United States; but that has never happened, until now.

Under the lobbying pressure, a majority of Northern countries in Europe have increased their military budgets and their military readiness, while larger and leading countries have maintained their extra-spending. Together, the four largest military spenders in the European mainland spend nearly 150 billion euros annually on defence matters. Great Britain, the largest spender of all, spends nearly as much as Russia. Despite increased military spending, the EU has not yet succeeded in forming an image of unity and power. Military industries, however, are greatly benefiting this trend.

In an attempt to change this state of affairs, the European Commission president, Jean-Claude Juncker, launched the Defence Action Plan in 2016, on which all European defence matters, eventually, would come to rest.  Military lobbies immediately identified the opportunity and pushed towards the creation of the European Defence Fund. Matters at hand are not exclusively military, as the EC is also monitoring development aid and border security operations. As an illustration of the mounting military integration, Frontex has become in recent years a major paramilitary organization, with budgets exceeding 10 billion euros. Surveillance and drone security programs, under leadership of the EU, has made the Union drift slowly from its initial role of political and economic unity-provider, to an increasingly powerful military player.

Very little coverage is given to these matters, which may lead to additional blame on the EU for its lack of transparency. Pressure will mount as budgets increase, which they have enormously in the past decade. But the EU is merely responding to the demands of member States which are pushing for an increase in militarisation. Paris, among others, has been pushing very hard for the creation of a European Defence Force, hoping to maintain its influence over the commission which directs funds towards armament projects. Germany has also promised to increase its military budget nearly two-fold in the next four years. Neighboring countries may then follow suit.