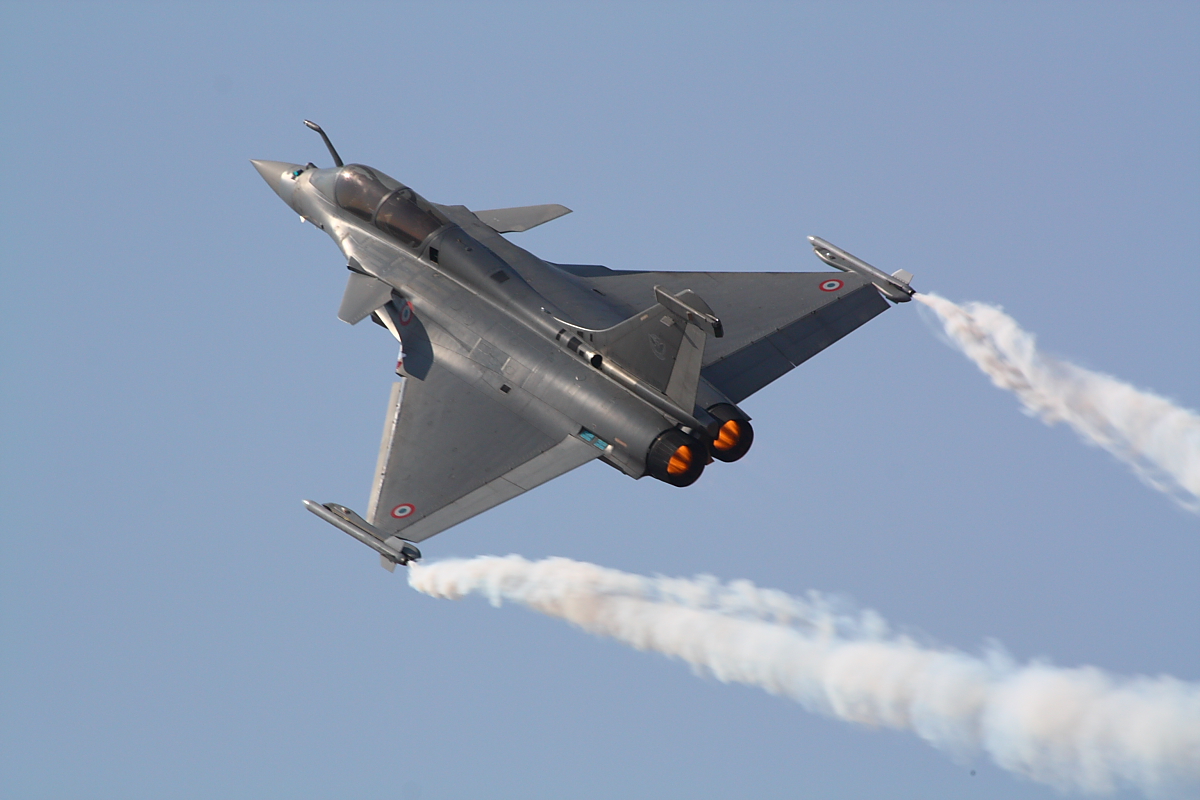 With the Ukrainian government making its desire to acquire capable fighters jets to defend itself against fighters from the Russian air force, France has stepped in with an offer to sell Rafale jets to the country.

According to media reports from both countries, a meeting between the two leaders is forthcoming wherein political scientists opine that Emmanuel Macron will offer to sell 4th generation Rafale jets to Ukraine.

So far, France has supplied Rafal to India, Qatar, Egypt, Greece in addition to its own use. In recent months, France has urgently delivered fighters to India, which is operating them at high altitudes to ward off a potential attack from China.

While the desire to equip its air force with Rafale fighters is one thing, funding it is quite another. According to media reports from Russia, the Ukrainian government has earmarked around $ 1.5 billion for defense in 2021, equivalent to around 6% of the country’s GDP, The amount is for everything including purchases, modernization of weapons, repairs, and others.

Kyiv has expressed a desire to modernize its air force with 4.5 and 5th generation fighters. With such a tight budget, modernization its air force poses a significant challenge.

Headwinds come from not just the initial cost of the purchase of the fighter jets, but also their maintenance, operational costs, and upgrades, all of which can be quite expensive, For example, the operational cost of flying a F-35 is between $45 to $60 thousand dollars per hour. The United States, Britain and other countries consider operational cost as being too expensive for using the stealth fighter.

This is why Ukraine’s purchase of the U.S. F-35 stealth fighter is unlikely to happen. It will have to make do with 4 or 4.5 generation fighters.

This is something that France understands very well and this is where its Rafale fighters fit in.

The French Dassault Rafale is an experienced fighter jet. In fact, it is one of the more extensive than most available fighters planes in the world. The stealth fighter has been used and continues to be used in theatres of war including  in Afghanistan, Iraq, Libya, Mali, and Syria.

The Rafale is a twin-engine multi-role fighter plane designed and developed to be armed with many weapons and capabilities and designed for maximizing air superiority. Its function is however not limited to dog fights. The stealth fighter is ideal for reconnaissance and surveillance, anti-ship strikes, ground support, and even nuclear deterrence missions.

It is equipped with modern avionics, which for the most part, is controlled only by voice commands. Thanks to its AESA radar, there is no problem of overheating the fighter; it can also locate and track dozens of targets simultaneously.

Further since Paris intends to use the aircraft for its air force and for its navy, it has a version capable of taking off and landing from an aircraft carrier as well.