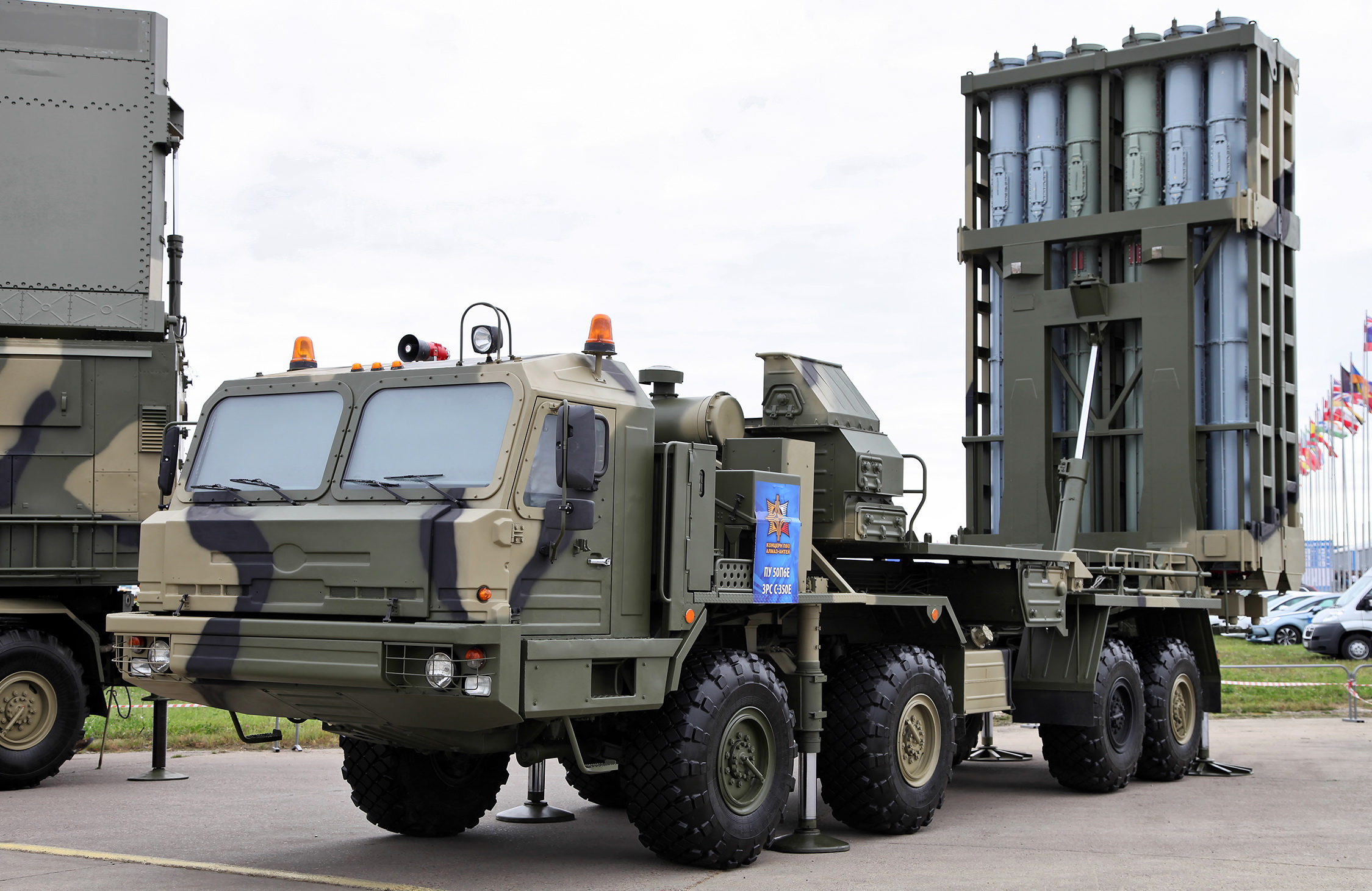 Russia has deployed a new generation S-350 Vityaz air defense system in Ukraine. For the first time the S-350 Vityaz anti-aircraft missile system was spotted at airfields used for the war.

The S-350 Vityaz, a medium range missile system, has recently been in service in Russia. It was developed by Almaz-Antey and entered serial production in 2020.

The S-350 Vityaz uses three types of missiles – the 9M96E2, 9M96E, and 9M100. Its range is dependent on the missile it uses and ranges from 1km to 120km. It can intercept up to 16 aerodynamic air targets simultaneously. It can fire 32 rockets at the same time.

The S-350 Vityaz works with multifunctional passively electronically scanned array radar stations and has a coverage of 360° for early detection.

It also has a command post and fully autonomous combat work with interaction with other remote systems. It has between 4 and 8 launchers. For missile guidance it can use either passive, active, or infrared active homing.

In addition to a land version, the S-350 Vityaz also has a naval version. All vehicles are based on Bryansky Avtomobilny Zavod chassis.

The S-350 Vityaz has an export version. In addition to beig deployed in Russia, It is also in service in Algeria.

Currently, there is no publicly disclosed information as to which region in Ukraine the S-350 Vityaz has been deployed. However, going by the photos, it is clear that it is located in an airport.

The S-350 Vityaz guards airfields in the rear, since it would be most effective in protecting objects such as the Zaporizhzhia NPP or the Antonovsky Bridge.